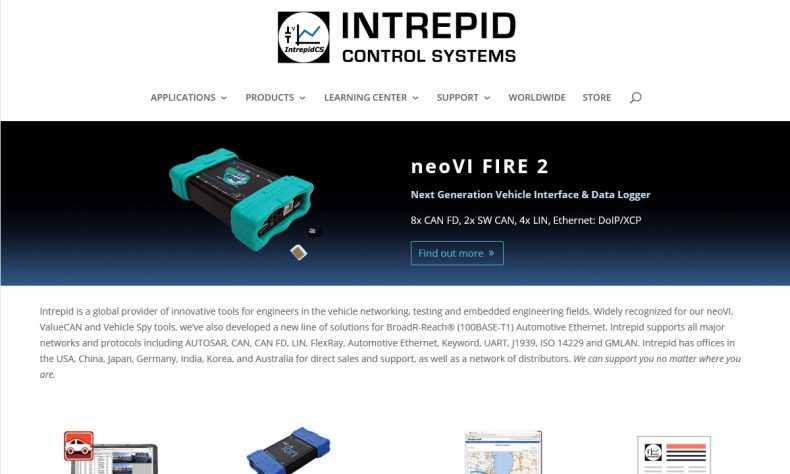 Intrepid rolled out the Autonomous One motherboard at CES 2019, formerly known as the International Consumer Electronics Show.

The company said the motherboard would help automakers, suppliers and automotive vehicle researchers speed autonomous vehicle development by replacing a trunk full of cobbled-together equipment with a single interface device. It will link together many components of autonomous technology, including the autonomous CPU (CPU Card), GPS/GNSS, and connectors for multiple types of sensors, including cameras, radar, LiDAR and other inputs.

“Most autonomous development vehicles employ a multitude of different proprietary systems, components and computers from different sources, requiring developers to waste a lot of time trying to tie them all together,” said Intrepid director of global sales Don Hatfield. “Our Autonomous One motherboard provides a single, clean platform to quickly and easily connect everything into a single open platform.”

This motherboard works with all autonomous CPUs that support PCIe, MIPI camera inputs and Ethernet. Autonomous One can be configured to hold up to 54 Automotive Ethernet ports, 48 CAN/CAN FD channels and 64 terabytes (trillion bytes) of storage using PCIe 2.0 slots with NVMe SSD. High-speed SerDes (serializer/deserializer) camera interfaces are supported for the direct camera or sensor connection with a capacity up to 28 cameras, like the FPD-Link III from Texas Instruments or the GMSL from Maxim Integrated.

In addition to being an affordable, all-in-one vehicle interface, Autonomous One can also be used for automatic and manual remote download, control and monitoring of data through a Wireless 4G/5G or 60 GHz WiGig connection.

The Autonomous One motherboard will be available at the end of 2019. To see a demonstration and learn more about the features and benefits of Autonomous One, as well as Intrepid’s other tools for autonomous and connected car programs, visit the Intrepid Control Systems at CES booth 3331 in the Las Vegas Convention Center North Hall or contact the sales team at icssales@intrepidcs.com.

Founded in 1994, Intrepid has 25 years of experience at producing hardware and software for engineers in vehicle autonomy, connectivity, automotive Ethernet and embedded engineering. Intrepid has offices in the United States, China, Japan, the United Kingdom, Germany, India, Korea and Australia. More at www.intrepidcs.com.