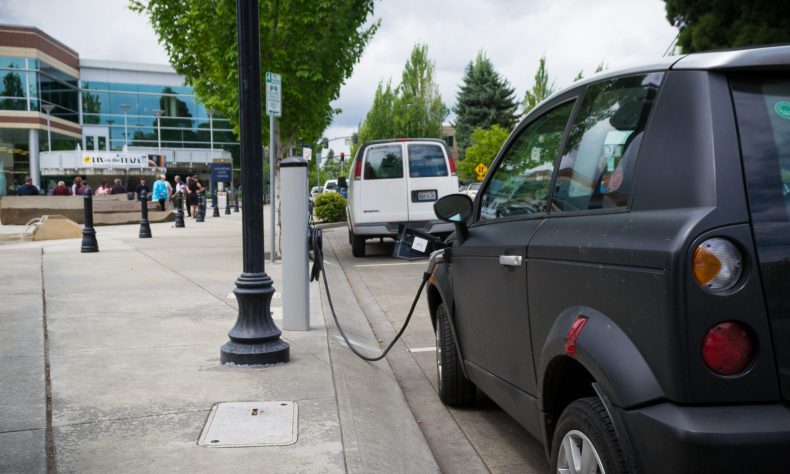 LANSING – The ideal locations and the number of electric vehicle chargers along well-traveled Michigan highways were revealed today in a preliminary modeling analysis that is part of a study funded by the Michigan Energy Office.

“The uniqueness of this study will put Michigan on the map when it comes to locating a public network of charging stations,” said Anne Armstrong Cusack, executive director of the Michigan Agency for Energy, which oversees the MEO.

Conducted by researchers at Michigan State University, the soon-to-be-released study is unique in its approach in determining the optimal location of EV chargers in public locations in the Upper and Lower Peninsulas. Among other factors, the study looks at the feasibility of a road trip, the distance between charging stations, the charging speed, total time needed to get a charge, wait time for chargers, and detour times added to a trip.

Results of the study will be used by the MEO as it makes available $9.9 million over the next three years to locate chargers across the state as part of the public network, said Robert Jackson, director of the MEO. The money comes from the 2016 Volkswagen diesel settlement. Additional resources for a public EV charger network are expected to be available from a variety of other stakeholders, including utilities. Private entities are also expected to invest in EV chargers.

The on-going study has included the input of stakeholders such as EV owners and drivers, utilities, auto companies, charging station operators, the Michigan Public Service Commission, the Michigan Departments of Transportation, Environmental Quality, and Natural Resources, as well as the Michigan Economic Development Corporation, and others.

This year, the MEO initiated steps toward developing an effective DC fast-charging network ensuring worry-free EV travel through Michigan by 2030.