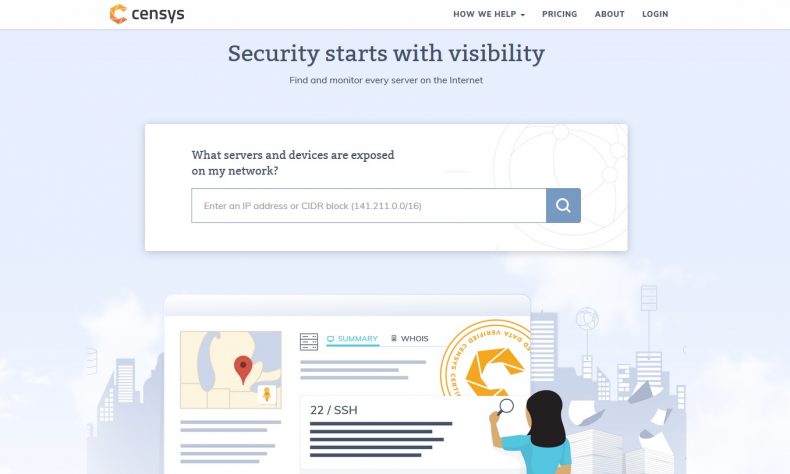 Company officials said the round was led by GV, formerly known as Google Ventures, and Greylock Partners, a Menlo Park, Calif. venture capital firm, along with several angel investors.

The funding will help Censys collect more data and provide more insights for customers, with key hires planned for engineering and product teams.

Founded by the security researchers and creators of ZMap, which helped popularize Internet-wide scanning in 2013, Censys provides businesses with a global perspective of their servers so that they can understand their exposure and assess security risk.

Lack of visibility has been a problem in cybersecurity for decades. Today, that challenge is compounded as business data often lives in the cloud and outside traditional corporate networks, which increases the risk of unintentionally exposing business data, customer information, and financial assets.

Added Greylock partner Asheem Chandna: “Prior to moving to the cloud, business data could be tucked safely within a managed, corporate network. The journey to the cloud introduces new security challenges and risk. Censys provides enterprises moving to hybrid IT and cloud with a map of their external attack surface, allowing IT teams to fully comprehend and manage their security risk and exposure.”

As investors, both Faris and Chandna bring strong enterprise and security domain knowledge to Censys via their prior experience working with a number of leading companies including Duo Security, Imperva, Sourcefire, Skyhigh Networks, and Palo Alto Networks.

More than 60 customers, including the U.S. Department of Homeland Security, FireEye, Google, the North Atlantic Treaty Organisation, and the Swiss Armed Forces have been using Censys data since 2015 to monitor and find corporate infrastructure, and also to track adversaries and prevent phishing attacks and brand impersonation.