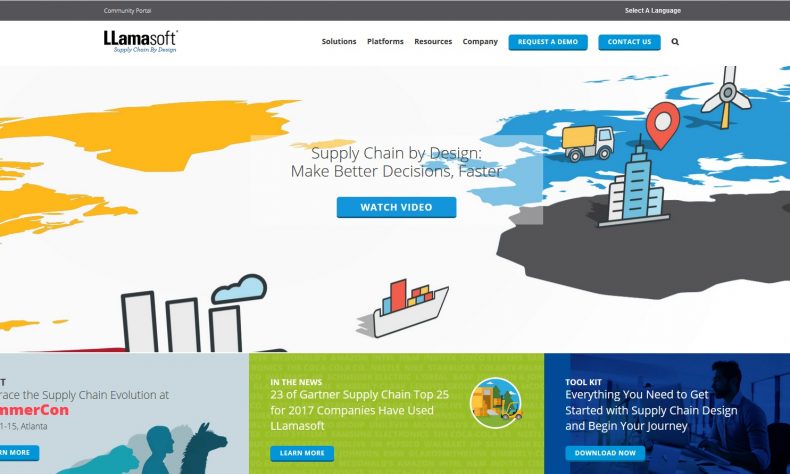 ANN ARBOR — A new global study by LLamasoft, a developer of supply chain modeling and management software, finds that 66 percent of manufacturers said that they would change their supply chains in order to tackle economic nationalism.

The survey of 725 senior supply chain decision makers in manufacturing organizations in the United Satates, the United Kingdom, France, Germany, China, Japan and Mexico, found that economic nationalism is recognized as one of the most severe challenges facing manufacturing supply chains. When asked to choose their biggest global concerns, respondents placed economic nationalism (46 percent) second only to taxes and duties (50 percent).

“Today’s global economy — and the supply chains that keep it moving — are truly interconnected,” said Razat Gaurav, LLamasoft CEO. “Shifting regional economic policies are having major impacts on manufacturers’ supply chains globally, causing them to re-evaluate their current designs more frequently than ever before. As the political stance in various countries evolve, it’s imperative that businesses have the data foundation and analytical capabilities to create digital twins of their supply chains and evaluate alternate scenarios to combat the uncertainty and risk these policy changes create.”

Higher costs as a result of the current climate are also anticipated around the world, though to different degrees. When asked about the impact economic policies will have on their operational costs, 50 percent globally said those costs are likely to increase. The United States is anticipating these increased costs the most, with 61 percent expecting them, closely followed by the U.K. (59 percent) and Germany (53 percent). In contrast, only 37 percent of respondents in France and 47 percent in Latin America are anticipating higher costs.