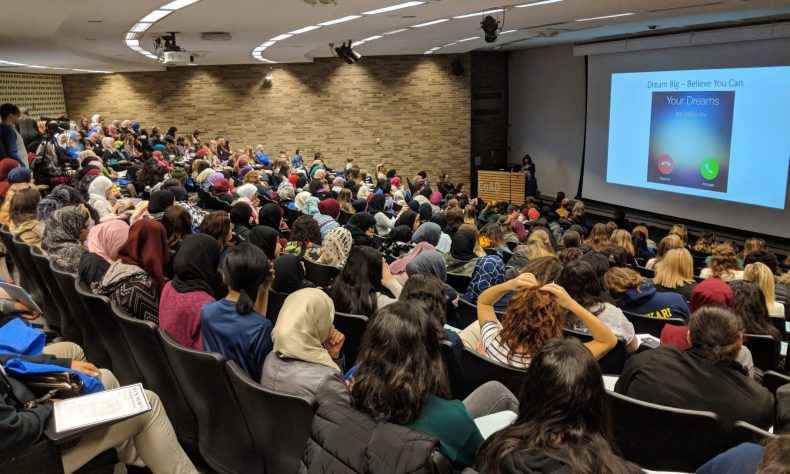 Torossian repeatedly recalled her “seventh-grade self,” a girl who forced her school district to allow her to try out for the boys’ basketball team because there wasn’t a girls’ team, going all the way to the school board. The school hastily arranged an intramural program for girls, but guess what, Torossian said: “I didn’t want to play basketball. I wanted to make a point.”

Torossian now leads a 191-bed, $360 million hospital that opened in 2009, and is active in many professional and community organizations.

After Torossian’s presentation, a panel of women executives offered attendees advice on networking, career preparation, and success on the job in the face of bias against women in leadership. The event wrapped up Friday afternoon with breakout sessions and leadership development exercises.

Lawrence Tech officials said that besides the capacity audience, more than 100 young women were on a waiting list to attend the event.