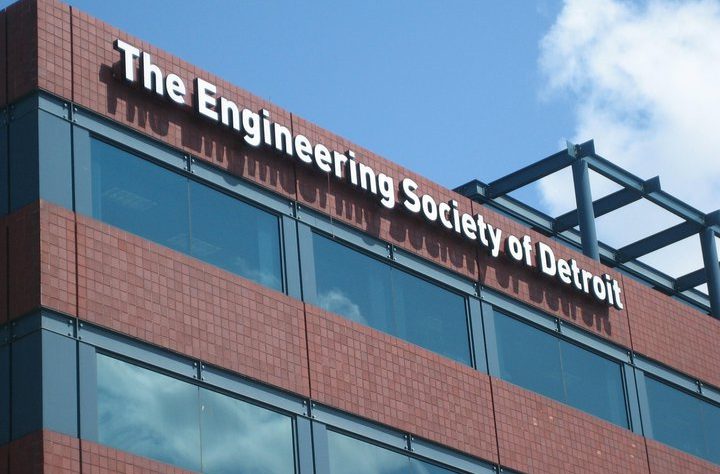 Witt was born April 9, 1945 in Carroll, Iowa to Ruthana (Schoessler) and George H. Witt. Growing up on a cattle farm, he showed black angus cattle and shows and fairs, and graduated valedictorian at Ar-We-Va High School in Westside, Iowa in 1963. He earned a bachelor’s degree in chemistry and a master’s degree in metallurgy from Iowa State University, and married Kitty Kieck, who survives, on June 6, 1965.

In 1970, Witt started a 36-year career at Ford Motor Co. in the management training program at the Livonia Transmission Plant. He managed several departments throughout Ford and retired in 2007 as Chief Engineer in Materials, Testing, and Standards. During his time at Ford he completed his MBA at the University of Michigan.

Witt was active in ESD in the Gold Award selection committee, an active member of SAE, and was a Fellow of the American Society for Materials. He was also a sponsor for the Livonia High School Career Intern Program, on advisory teams for several universities, and president of his residential civic association. Gary was on the committee for the formation of Christ Our Savior Lutheran Church.

Witt is also survived by daughters Karla Schettenhelm and Krista (Steve) Vines and grandchildren Kaylin, Nolan, Kyler and Emily. He is also survived by his mother Ruthana Witt of Carroll, Iowa, his brother Merle (Diane) Witt, his sisters Deon (Dale) Rowedder and Gloria (Ron) Bradshaw, also his mother-in-law Marcy Kieck, sisters-in-law Marion Kieck (Keith Curry) and Sherri Kieck and many nieces and nephews. He was predeceased by his father George H. Witt, his father-in-law Rev. Harold Kieck and his brother-in-law Ken Kieck.

Visitation for Witt will be Saturday, Nov. 10 from 2 to 8 p.m. at Harry J. Will Funeral Home, 37000 Six Mile Road in Livonia. Funeral services will be held at 2 p.m. Sunday, Nov. 11 at Christ Our Savior Lutheran Church, 14175 Farmington Road, Livonia. Gary will be laid to rest at Glen Eden Memorial Park, 35667 Eight Mile Road in Livonia. Memorials may be directed to the Christ our Savior Early Childhood Program or Christ our Savior Quilters.