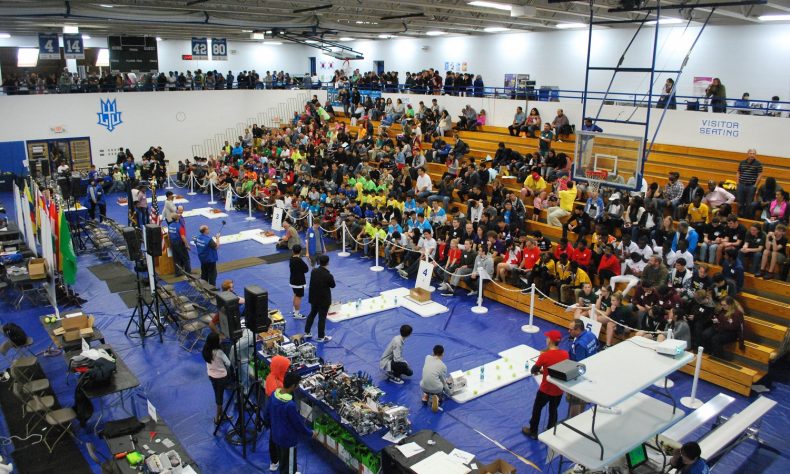 SOUTHFIELD – Robofest, the global competition for autonomous robots for students from grade school through college, will hold an annual kickoff event to mark its 20th anniversary Friday, Oct. 26.

The event will be held on the campus where Robofest was developed – Lawrence Technological University in Southfield.

Robofest is a festival of competitions with autonomous robots offering students the opportunity to master principles of Science, Technology, Engineering, and Math (STEM) as well as Computer Science (CS), communication, critical thinking, teamwork, and problem solving skills, all while having fun designing, constructing, and programming robots.

The Oct. 26 meeting will be held at LTU’s Computer Science Robotics Lab (Room J234 in the Taubman Complex, building 8 on www.ltu.edu/map.) Attendees will celebrate with lunch and learn the rules for the 2019 competition. The event begins at noon.

Current and former coaches, site hosts, volunteers, technical mentors, and LTU faculty and staff are all invited. RSVP by Tuesday, Oct. 23 at https://goo.gl/forms/Q8Z3MET7wsxL5kwt2.

Robofest teams program robots to operate autonomously, the way intelligent and advanced robots are used in the real world. There are 10 different competition categories in the event, including the largest, a game that changes every year, and an exhibition competition in which students can design a custom robot to perform any task they can dream up. Since its founding in 1999, more than 25,000 students have participated in Robofest events all over the world.

Robofest inventor C.J. Chung, professor of computer science at LTU, also announced during the recent CSforAll Summit held in Detroit, that Robofest will provide computer science and autonomous robotics summer camps for 100 underrepresented students in grades 6-12 from the Detroit area in the summer of 2019.