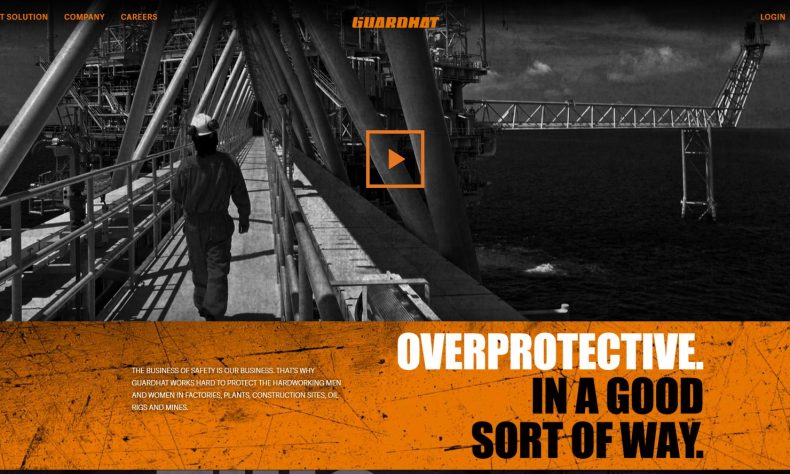 DETROIT — Guardhat, developer of a smart hard hat that monitors worker safety and health in industrial settings, announced it had closed a $20 million Series A funding round.

The company says the funding will enable Guardhat to focus on expediting company growth and tech development, while expanding its international reach.

“We launched Guardhat with the mission of revolutionizing the industry standard for workforce safety and connectivity,” said Saikat Dey, CEO of Guardhat. “This elite group of investors brings a wealth of experience that allows us to focus on developing technology to better protect the millions of industrial workers who are the backbone of today’s global infrastructure.”

Founded in 2014, Guardhat holds eight patents on connected worker technologies. real time location systems, and wearable technologies. The company has raised a total of $24 million in funding, to date, and has employees worldwide including its headquarters in Detroit, and satellite offices in Boulder, Colo.. Chicago, Bangalore, India, and Paris, France.

“Whether we are developing our own products or building relationships with other best-in-class providers like GuardHat, Caterpillar is always on the lookout for new ways to help our customers improve the safety of their operations,” said Jim Hawkins, Caterpillar’s MineStar solutions director. “The solutions being developed by GuardHat have the potential to prevent work-related incidents in the hazardous conditions in which many of our customers work. Our investment in these solutions aligns with our long tradition of promoting safe work environments both for our employees and for our customers.”

“Over the past decade, many people have heard about IoT and the connected future this technology has in store for both consumers and businesses,” said Kirill Sheynkman, senior managing director of RTP Ventures. “Unfortunately, real business IoT applications have been underwhelming, often solving problems that don’t need solving or flashy demos. Guardhat is different — a real application for a big market, built with modern technologies and led by a team that knows a thing or two about their customers and their problems. Market, product, team — this wasn’t a hard investment decision to make.”

And J.D. Vance, managing partner of Rise of the Rest, added: “GuardHat recognized the opportunity to transform worker safety in industrial settings through technology. We are proud to invest in a company that is aiding productivity and helping to save lives the world over. It is yet another example of an industry-changing idea emerging from a city outside of the coastal tech hubs.”

Revolution’s Rise of the Rest Seed Fund is backed by iconic entrepreneurs and executives, and invests in early stage companies located outside of Silicon Valley, New York City and Boston.

In August 2018, Guardhat moved its executive management and software development team to Detroit, where they joined hundreds of businesses operating in the city’s growing fintech, mobility, marketing and tech-development ecosystem.

“As an investment company focused on breaking-edge technologies, we could not be more excited to partner with a team that brings true value to worker safety,” said Jake Cohen, Partner at DVP, a Detroit-based investment company. “We were excited when they joined us in Detroit, and now look forward to strengthening our partnership and watching Guardhat expand, both at home and abroad.”

An estimated 150 million industrial workers wear a hard hat to the work site every day. Guardhat is dedicated to providing safety and productivity-enhancing elements to help these millions of workers get the job done more efficiently. This newest round of financing has helped to position Guardhat as one of the fastest-growing IoT safety providers in the world.

Founded in October 2014 by industry veterans and former steel and mining CEO Saikat Dey, Guardhat’s mission is to modernize safety and enhance last mile connectivity in the industrial workplace. By combining cutting-edge, wearable technology with advanced proprietary software, Guardhat is able to proactively monitor a user’s location, health and work environment. The software platform collects and analyzes on-the-job data which is used to enhance industrial worker safety and productivity programs.