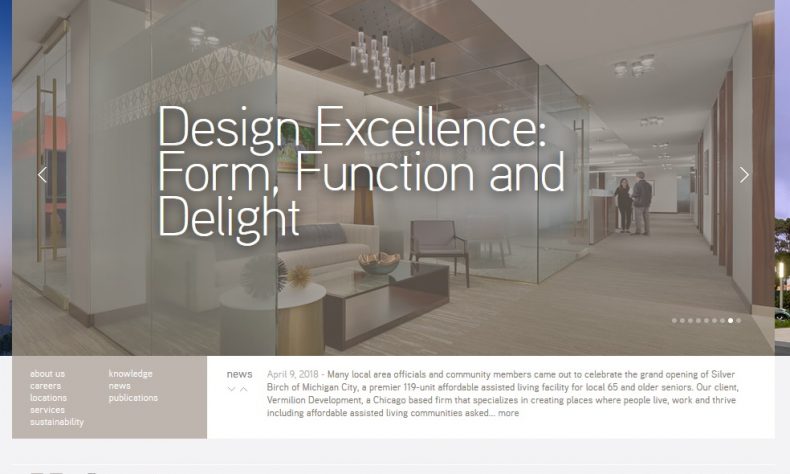 SOUTHFIELD – Tracy Sweeney, whose architecture career spans nearly two decades and has been marked by both design awards and tireless volunteer service to the community and the profession, has been named the recipient of the 2018 Distinguished Architecture Alumni Award by Lawrence Technological University.

Sweeney will accept the award in a ceremony Thursday, Sept. 13 at LTU’s Architecture Auditorium room A200 (see www.ltu.edu/map). The event begins with a lecture at 6 p.m., followed by a dessert reception.

At Fanning Howey, much of her work concentrated on public library and school buildings. Her work at HED has run the gamut from workplaces to libraries to higher education, from Detroit to Kuwait. She received the AIA Detroit Distinguished Service Award in 2013, the AIA Detroit Young Architect Award in 2014, and the AIA Michigan Young Architect Award in 2015. She also won the Most Supportive Professional Award in 2015 from the LTU student chapter of the American Institute of Architects. She was chair of the LTU Architecture Alumni Cabinet in 2014-15.

While her designs are fresh and modern, Sweeney said she takes a decidedly old-fashioned approach to developing them. For one thing, pen and paper: “I feel there’s something very important about getting at least initial ideas down in sketch form.” And for another, a deep understanding of the client’s desires. “I do a lot of user engagement, with groups of all sizes,” she said. “I’m always interested in the story that drives the project.”

Why architecture? “I wasn’t one of those kids who knew from age 5 that I wanted to be an architect. I was interested in art and design, and I was good at and interested in math and science. A high school guidance counselor suggested an architecture summer camp, a two week immersion into studio culture. From there I was kind of hooked and just dove into it.”

Why Lawrence Tech? From the beginning, she said, it was about small class sizes and closeness to faculty. “I never felt I was in a giant ocean of a class and no one knew who I was,” she said. “The professors were always available and interested in us as individuals.” And, she said, LTU’s “Theory and Practice” style of education means “being grounded in the realities of construction as well as the art of architecture. I believe you can’t have a good program without both those things.”

In nominating Sweeney, LTU adjunct professor Benedetto Tiseo said Sweeney, as a student, “clearly demonstrated to me her willingness to ‘go the extra mile’ in her work product for classes. She would repeatedly work very hard on improving her drawing and construction knowledge skills.”

Since graduation, Sweeney has acted as a mentor to LTU students. Said LTU Associate Dean and Associate Professor of Architecture Scott Gerald Shall: “It should be noted that Ms. Sweeney’s leadership and service extends far beyond her role on the alumni board. Her tireless dedication to the department, college, and university is quite remarkable.”

As a professional, Lauren Myrand, AIA Detroit Executive Director, called Sweeney “a tangible, positive force within the Detroit design community and our local AIA chapter. She is one of the most reliable volunteers we have in our membership.”

And Arthur F. Smith, director of design at HED, praised Sweeney’s “significant talent, leadership, mentorship, and dedication to improve our profession and the built environment.” He called Sweeney “a passionate advocate for interdisciplinary conversations about design and the arts in our community.”

Sweeney is also involved in The Detroit Sessions, a nonprofit which aims to present classical music in new settings to new audiences. Ivan Moshchuk, an international piano virtuoso and Detroit-based performer, said of Sweeney: “Her excellent skills as a graphic designer and public speaker, together with a keen sense of logistics and project management, are the reasons The Detroit Sessions has become a vibrant cultural organization in the Detroit area.”

She also chairs and serves as the event MC for PechaKucha Night Detroit, a fast-paced presentation event invented in Japan and now held in more than 1,000 cities around the world, which gives creative people a chance to show 20 images for 20 seconds each to present their ideas.