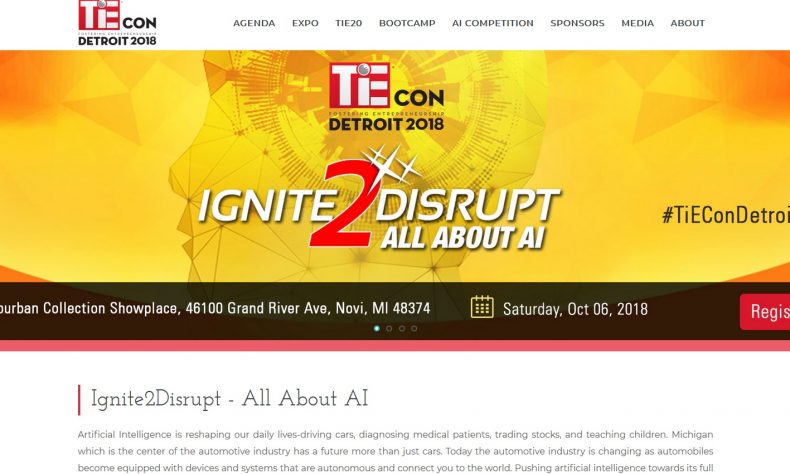 The conference, with the theme “Ignite2Disrupt : All About AI,” will be held Monday, Oct. 8 at Suburban Collection Showplace, 46100 Grand River Ave, Novi.

“Brandon Jackson is an internationally recognized artist and a stand-up comedian whose humors and jokes bring laughter in our day-to-day life,” said TiE Detroit President Tel Ganesan. “More importantly, Brandon is a humble and down to earth celebrity that I would call a dear friend of mine. Comedy is an exercise that pumps up the mind and I am excited to have Jackson keynote at TiECon to energize the TiE community.”

Said Jackson: “I’m so excited and honored to be the keynote for TiECon Detroit. America’s ‘Comeback City’ is an example of a reinventing economy. Detroit is now the hub for entrepreneurship and I would like to share my thoughts on revitalizating and rebuilding the region.”

Online registration and more information are available at www.tiecondetroit.org.

For more information, contact Jacqueline Perry at (248) 254-4087 or jacquelinep@kyyba.com