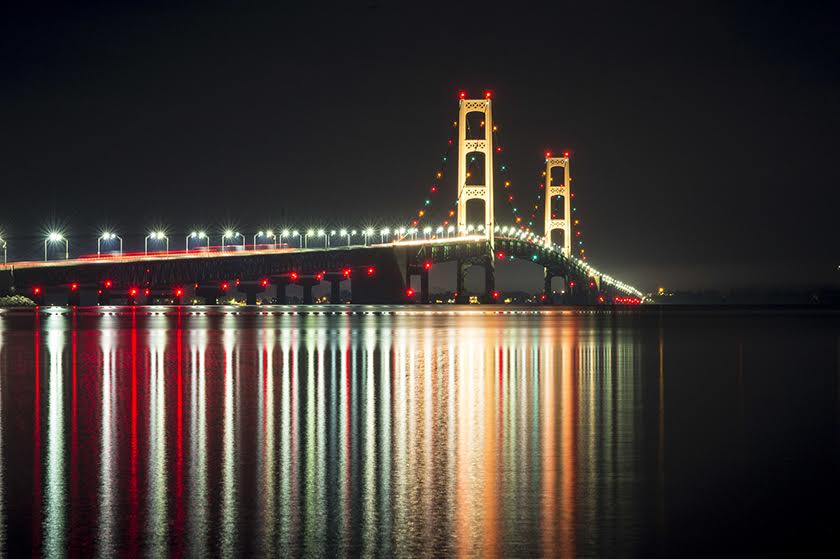 LANSING — Michigan state agencies have released for public comment a draft independent analysis of the impacts of a potential oil spill from Enbridge Line 5 in the Straits of Mackinac.

“Line 5 cannot remain in the Straits in its current form,” said Michigan Department of Natural Resources Director and Pipeline Safety Advisory Board co-chair Keith Creagh. “This report highlights the need to continue developing a decommissioning strategy that protects the Great Lakes while at the same time maintaining the critical infrastructure between Michigan’s peninsulas that makes us one state.”

The worst-case approach implemented in the study is based on the accumulation of worst-case assumptions and explicitly excludes consideration of the probability of such events. As a result, the assessment extends to events with low probabilities of occurrence but high consequences.

According to the analysis of more than 4,300 spill simulations, a rupture to both Straits pipelines with concurrent failures of primary valves on each pipeline and secondary safety valves, could release 32,000 to 58,000 barrels of crude oil into the Great Lakes and impact more than 400 miles of shoreline in Michigan, Wisconsin and Canada based on wind and current conditions. Depending on the timing and magnitude of a spill, 47 wildlife species of concern and 60,000 acres of unique habitat could be at risk.

The state-commissioned, independent analysis evaluated Enbridge’s liability for a worst-case-scenario pipeline spill including the impact such a spill would have on Michigan’s economy and environment.

The report notes that “because cultural resources cannot be restored to baseline, their loss must be compensated through compensatory restoration.”

The Michigan Agency for Energy, Attorney General’s Office, Department of Environmental Quality and Department of Natural Resources commissioned the independent analysis led by Michigan Tech to help inform future actions at the Straits. A public meeting, hosted by the Michigan Tech team, is scheduled for 6 p.m. on Monday, Aug. 13 at the Boyne Highlands Convention Center in Harbor Springs to receive public comment on the draft risk analysis. A final report will be submitted to the state on Sept. 15.

Meadows has bachelor’s and master’s degrees in mechanical engineering from Michigan State University and a PhD in marine science from Purdue University. He was a professor of physical oceanography for 35 years at the University of Michigan and is now the director of the Great Lakes Research Center at Michigan Tech.

The state commissioned the Michigan Tech risk analysis as one in a series of reports designed to assist in its ongoing analysis of Line 5. Under a November 2017 agreement between the state and Enbridge, the company was required to conduct four studies, with state oversight, that were delivered last month. These reports and the risk analysis will help inform a decision by the state on the final disposition of Line 5. That decision is expected by Oct. 1.

Built in 1953, Line 5 is 645 miles long and transports up to 540,000 barrels a day of light crude oil and natural gas liquids from Superior, Wis., to Sarnia, Ontario, Canada. Below the Straits of Mackinac, the pipeline lies on the lake bottom within an easement issued in 1953 by the State of Michigan.