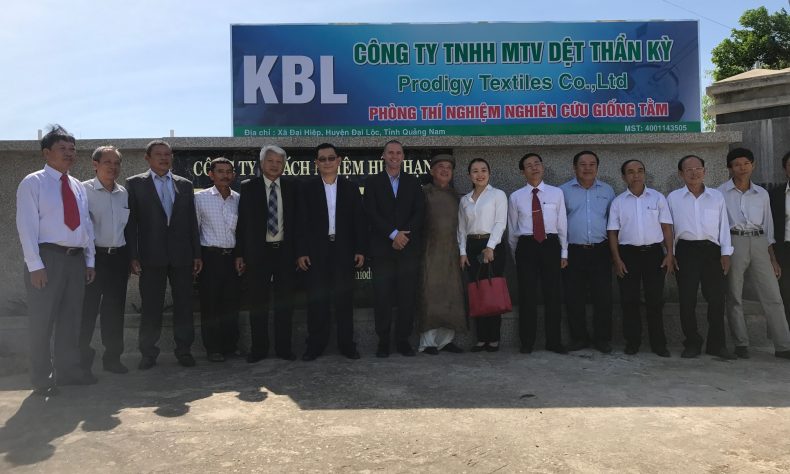 Kraig has developed genetically engineered silkworms who have had several spider genes spliced into their DNA, allowing them to produce silk with some of the strength and toughness properties of spiderweb fibers.

Kraig officials said the new plant in Vietnam will have the capacity, utilities, and security to support the planned capacity growth through the company’s planned first phase of operations. It will also be the launch pad for future expansion on a 50 hectare (124-acre) parcel of land located nearby.

Working in partnership with its consultants in Vietnam, the company reviewed numerous locations throughout the province. The company ultimately selected the building due to its proximity to mulberry tree orchards — the only food silkworms will eat is mulberry leaves — building layout, condition, utilities, and its proximity to shipping ports, and the company’s planned future campus.

The opening celebration was attended by officials from the province and local district, as well as leaders from the farming cooperatives that will provide mulberry, and senior banking officials.

“Having now seen the new facility first hand I am confident that we will soon have a thriving operation up and running,” said Jon Rice, Kraig COO. “We are now in the process of getting the final building updates outlined and completed, so that it will be ready to receive the first shipment of our silkworms. Our team in Vietnam continues to put in an incredible amount of effort to bring this ground breaking project to reality.”

To view the most recent edition of Kraig’s Spider Sense quarterly newsletter or to sign up for Company alerts, visit www.KraigLabs.com/newsletter.