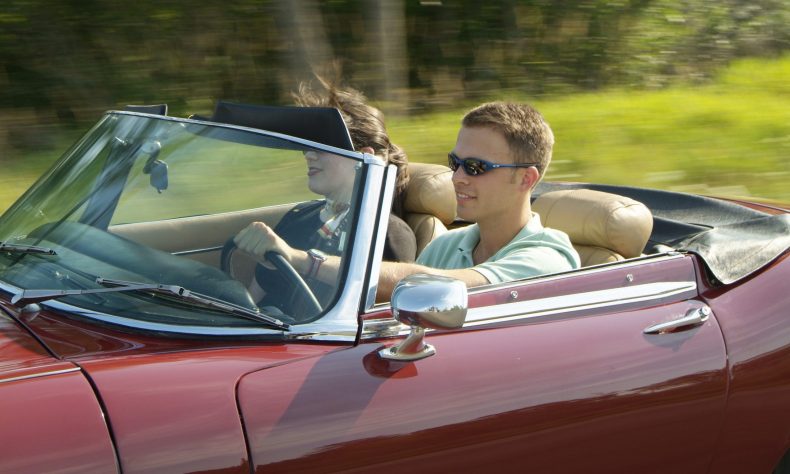 TRAVERSE CITY – A new survey on cars, driving and autonomous vehicles from the Traverse City insurance firm Hagerty Group LLC challenges the conventional wisdom about the nation’s largest generation, and suggests the demise of the car among millennials was overstated during the Great Recession.

Long thought to be less interested in vehicle ownership and driving, 81 percent of millennial drivers taking part in the nationwide survey said they like, love or are passionate about driving, in line with Gen Xers (78 percent) and baby boomers (79 percent). Fifty-seven percent of all drivers – including 64 percent of millennials – believe a movement will be needed to preserve the driving experience when autonomous cars are the norm.

“Full autonomy is going to save lives, make commuting easier and unclog cities,” said McKeel Hagerty, CEO of Hagerty. “But these survey results also indicate that people, including millennials, are always going to want to drive themselves when they want to. It’s clear people don’t want to lose the joy, freedom and control that comes with having their hands on the wheel.”

Hagerty commissioned the survey in response to the rapid rise of autonomous vehicle technology. The survey polled a thousand U.S. drivers 18 years and older. The mixed pool of respondents consisted of millennials (35 percent), Generation X (26 percent), baby boomers (31 percent), and the silent generation (8 percent). The margin of error is plus or minus 3.1 percent. The survey was fielded in spring 2018.

On the subject of autonomous vehicles, the survey found that more than 85 percent of people will always want the option of driving a car themselves and 79 percent aren’t willing to see driving disappear. Supporting the desire for co-existence among autonomous and human-driven vehicles, the survey found that 66 percent of respondents didn’t think automation has to threaten the benefits of driving.

As a result of these findings, Hagerty has launched an initiative called “Why Driving Matters” to organize and amplify the voices of car lovers when it comes to future driving laws.

“One of our goals will be to work with policymakers so that years or even decades from now when the bulk of cars are fully autonomous, the act of driving is protected,” Hagerty said. “We also want to facilitate the discussion about what driving looks like in the future – will driving someday be mostly a suburban activity? Will there be driving parks or experience centers? Will cars that drive themselves increase interest in the analog experience of driving yourself at times? We suspect so, but now’s the time to have those conversations.”

Hagerty is hosting a series of town hall discussions that will engage the public and media in dialogue around the importance of driving. Additional dates for the nationwide series will be available in July 2018.

“The idea of actually exploring, actually driving, actually seeing different spaces, it’s the way I grew up and it’s something I fear being lost,” Hagerty said at the most recent town hall in Los Angeles. “(Technology makes) it easy to connect with people all across the world, but are we really seeing the spaces around us? I’m not so sure anymore. One of the things I love about being in a car and especially driving one myself is I’m somehow taking command.”

Hagerty is the world’s largest membership, insurance, and media organization for collectible vehicles and owners. In addition to providing specialty insurance for more classic vehicles than anyone else worldwide, Hagerty is home to an antomotive magazine, Hagerty Valuation Tools for classic vehicle values and market insights, the Hagerty Plus roadside service, a classic vehicle rental marketplace called DriveShare, and “The Barn Find Hunter,” one of the most popular automobile focused shows on YouTube, with more than 340,000 subscribers.