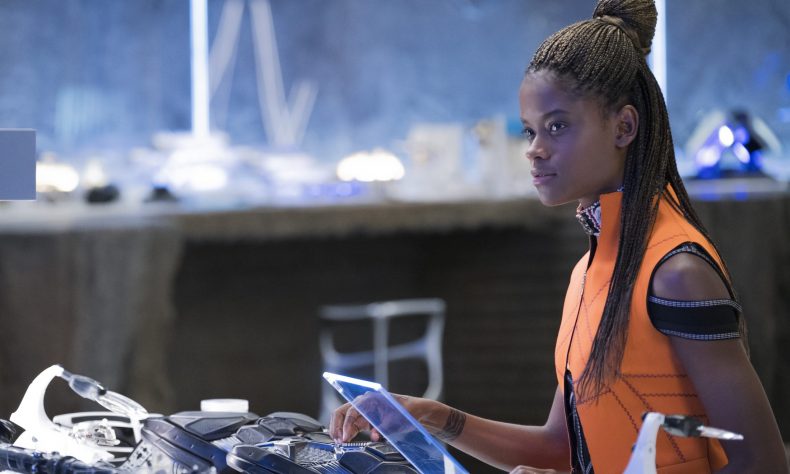 But a chemist would want to know – where would it go on the Periodic Table of the Elements?

Two faculty members at Lawrence Technological University have just had an academic paper published that has a bit of fun combining science and Hollywood movie magic.

“Black Panther, Vibranium, and the Periodic Table” was published June 5 in the online edition of the Journal of Chemical Education (https://pubs.acs.org/doi/10.1021/acs.jchemed.8b00206). Its authors: Sibrina N. Collins, executive director of LTU’s Marburger STEM Center, and LaVetta Appleby, a senior lecturer in chemistry in LTU’s College of Arts and Sciences.

In “Black Panther,” the fictional African nation of Wakanda has a thriving science and technology-based economy thanks to the fictional metal vibranium. The movie describes vibranium as a metal that dissolves other metals, absorbs all sound, and causes genetic mutation.

Most students assigned vibranium the symbol Vb, since V is already in use by another metal, vanadium. Some noted the fact that it glows and causes mutations would place it near the most famous radioactive metal, uranium. An expert inorganic chemist, meanwhile, theorized it could be located in a group of elements called the boron family, a group of elements that can form elaborate structures, which could be sound-absorbing.

Collins and Appleby said the movie presents students with a fun opportunity to think seriously about the periodic table. They also praised the movie for its portrayals of women and people of color in science. The paper called the character Shuri, King T’Challa’s younger sister, who leads Wakanda’s R&D operations, “a shining example for the next generation of STEM leaders.”

(Movie image of Shuri in her laboratory courtesy Marvel Studios.)