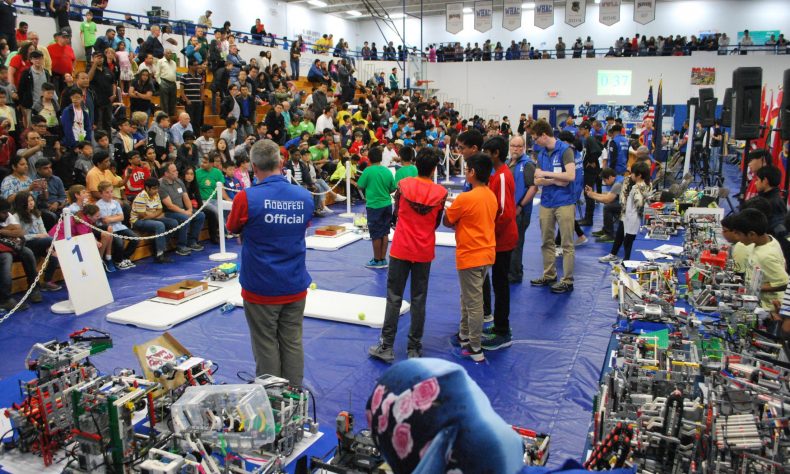 “It was another great year for Robofest, an event that brings together students from all over the globe in the pursuit of robotic engineering excellence,” said C.J. Chung, professor of computer science at LTU, who founded Robofest in 1999.

This year’s Robofest game was called AtBC, for Autonomous Tennis Ball Challenge. Robots were programmed to collect tennis balls off a table and deposit them in a box, while knocking water bottles off the table. Winners were determined by how successful they were at this task in a 2-minute period, with points awarded per ball and bottle. 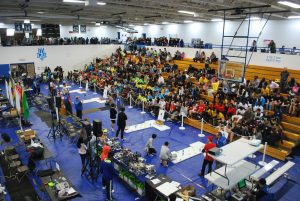 For a complete list of winners in all categories, visit www.robofest.net/2018/program18all.pdf.

Robofest is a competition to build and program autonomous robots that aren’t remote controlled. There are multiple events created around Robofest, including a conference called WISER (World conference on Integrated STEaM Education through Robotics). Other events surrounding Robofest include a robot drawing contest for grades K-3, a robotic art exhibition, a computer-vision-based robotic challenge, a robotic “sumo wrestling” competition, and more. Competition divisions include grades 5-8 and grades 9-12.

Unlike other competitions, students have a full freedom of using any robotic kits, parts, and sensors.

Since its founding, more than 23,000 students have participated in Robofest events all over the world. More at www.robofest.net.