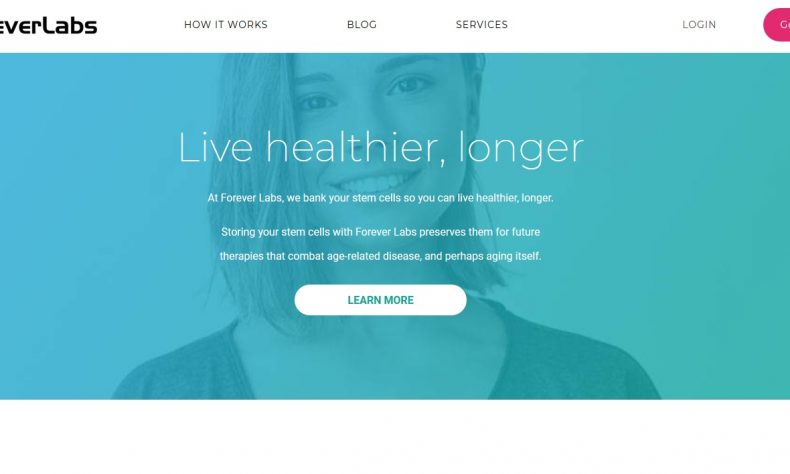 ANN ARBOR — Forever Labs, a company that collects stem cells from healthy young people and stores them so they could be used for stem cell treatments for those people later in life, said it had closed a $2 million venture capital round.

Forever Labs officials said they would use the capital to continue its stem cell research and accelerate brand development.

Forever Labs preserves healthy stem cells for existing and possible future therapies that combat age-related diseases, as well as aging itself. The proprietary procedure involves a certified Forever Labs physician collecting one’s mesenchymal stem cells (MSCs), which have the ability to stimulate tissues to grow and repair themselves. After a simple, 15-minute outpatient procedure, the stem cells are cryogenically frozen and safely stored in an FDA-compliant biorepository until needed.

“After years of research, studies continue to show that older animals treated with younger stem cells were living significantly healthier and longer lives. Mark and I knew it was only a matter of time before this could be applied to humans and become a major breakthrough for treating age-related diseases,” said Steven Clausnitzer, co-founder and CEO. “We created Forever Labs as a solution to store those younger cells now, so people will live healthier and longer lives. We’re thrilled to have the support of such a well-respected group of investors that are helping us bring this vision to scale.”

Clausnitzer has a business background at companies including American Express and Wolters Kluwer.

Added Mark Katakowski, co-founder and president: “As someone that has been developing therapies using these cells for more than 15 years, I expect that stem cell banking will become a cornerstone of good medicine. There is simply too much value in them that is lost to time.”

Katakowski has a bachelor of science in physics and a PhD in medical physics, both from Oakland University. He was a staff research scientist at Henry Ford Health System from 2014 to 2017, and spent the past 15 years researching stem cells.

“The Forever Labs team is on the forefront of stem cell research and pushing the science for longevity forward, I myself have personally experienced the breakthroughs of this science with knee and back injuries,” Hirschhorn said. “The discovery and dedication to finding innovative ways to help health maintenance as opposed to disease treatment has life-changing implications, and I look forward to working closely with the team as this technology is propelled forward by increased adoption.”