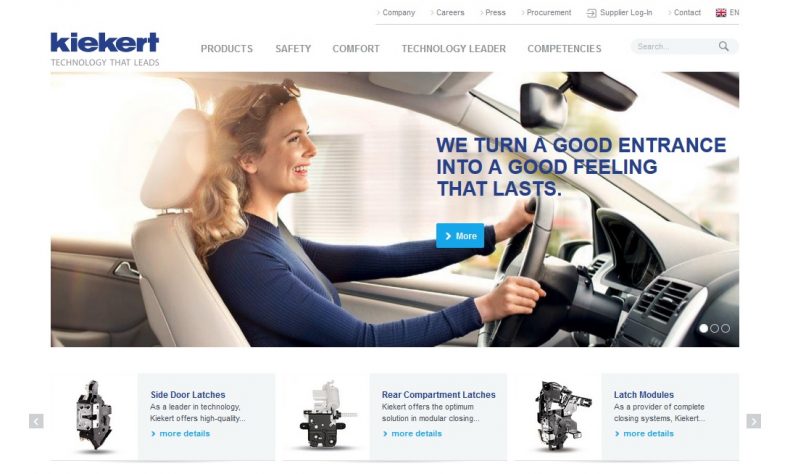 WIXOM — Kiekert, the developer of automotive locking systems, is moving its manufacturing operations to a new 41,000-square-foot plant at 50695 Varsity Court in Wixom.

The company’s previous production facility on Liberty Drive in Wixom will continue to serve as Kiekert’s research and development center. It leads the company’s engineering and program management activities for the NAFTA region.

The manufacturing relocation is part of a $3-million expansion designed to double the company’s production capacity in the United States. Production of latch modules at the new facility is expected to exceed one million units in 2018 compared to 350,000 latch modules just five years ago.

The company will add 30 new jobs at its new production location to support the expansion, according to Mike Hietbrink, Kiekert’s global sales director and general manager of its U.S. operations. As the lead engineering and program management center for the NAFTA region, Kiekert’s Wixom facilities and its sister operations in Mexico are responsible for over $220 million in annual revenue and account for a 25 percent share of NAFTA market for automotive locking systems.

“We’ve made continuous investments in the expansion of our research, prototype, development and manufacturing operations in the Detroit area since locating here in 1994,” Hietbrink said. “Our Wixom production plant specializes in supporting our customers locally with world-class locking systems. Our Wixom R&D facility is recognized by our customers as a leading technology center for designing and developing these products.”

Kiekert currently has multiple development projects underway with carmakers in North America that will lead to further increases in sales in the next five years. Projects include work with the company’s E-Latch, i-move and i-protect systems.

Based in Heiligenhaus, Germany, Kiekert AG was founded in 1857. It has 6,500 employees in 11 countries, as well as eight production, seven development and three sales centers. Revenue for the 2016 business year was 830 million euros. More at www.kiekert.com.