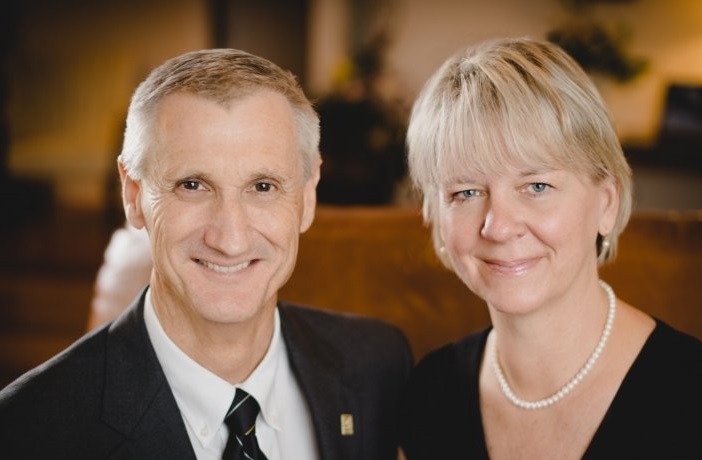 HOUGHTON — Richard J. Koubek will lead the University as its 10th president, the Michigan Technological University Board of Trustees announced.

Koubek, currently executive vice president and provost of Louisiana State University, begins his tenure at Michigan Tech July 1. He succeeds Glenn D. Mroz, who has served as president since 2004 and is stepping down to rejoin the Michigan Tech faculty.

“Rick Koubek is a man of unquestioned integrity, character and leadership,” said Terry Woychowski, chair of the Michigan Tech Board of Trustees. “He has a profound and passionate vision of the role Michigan Tech will play in our nation’s prosperity, and the betterment of the world, as he leads this historic University in developing and delivering – on a global scale – the solutions to some of society’s most vexing challenges. I believe that Dr. Koubek was born for this time, this place and this position.”

The Board of Trustees selected Koubek from a pool of four semi-finalist candidates brought forward for consideration by a 14-member Presidential Search Committee that included student, faculty, staff, alumni and community representatives. Board members Bill Johnson, Brenda Ryan, Julie Fream and Bob Jacquart served on the PSC as well, with Johnson and Ryan as chair and vice chair, respectively.

“On behalf of the Presidential Search Committee, I want to express our gratitude to the entire university community for their support throughout this process,” Johnson said. “We are thrilled with the appointment of Dr. Rick Koubek as our 10th president at Michigan Technological University. During his time with the PSC, Dr. Koubek clearly demonstrated wonderful leadership and people skills that will serve all of us well as we move forward to build a great future at Michigan Tech.”

Added Ryan: “The PSC members took their charge very seriously in recommending four semi-finalists to the board of trustees for consideration as the next president of Michigan Tech. The board had the utmost trust and confidence in the PSC, and because of the process, the Board has selected – and unanimously approves of – Rick Koubek as the next president to lead our fine university.”

During his remarks at the board meeting, Koubek said he is honored to serve as Michigan Tech’s next president and is looking forward to working alongside students, faculty and staff in fulfilling Michigan Tech’s vision to lead as a global technological university.

“Michigan Tech is a technological university in its finest sense, where it is a leader in technology for sure, but also in the implications of technology on our environment, on our society, on our humanity,” he said. “I am excited to be part of the Michigan Tech team that is going to define a new frontier where technology, humanities and the social sciences converge around creating a sustainable, just and prosperous world, and educating the next generation of students who will carry that forward.”

Born outside Chicago in Berwyn, Ill., Koubek spent time in California and Michigan before returning to the Chicago area as a teenager. He began his academic career as a faculty member in Wright State University’s College of Engineering and Computer Science. He later served six years as an assistant and associate professor in the School of Industrial Engineering at Purdue University. Koubek holds bachelor’s degrees in biblical literature, with a minor in chemistry, from Oral Roberts University, and in psychology from Northeastern Illinois University. He received his master’s degree and Ph.D. in industrial engineering from Purdue University.

Koubek and his wife Valerie have three grown children. He told board members that he’s looking forward to hitting the Tech Trails on cross-country skis that have been sitting in his attic for almost a decade.

Michigan Technological University is a public research university, home to more than 7,000 students from 60 countries. Founded in 1885, the University offers more than 120 undergraduate and graduate degree programs in science and technology, engineering, forestry, business and economics, health professions, humanities, mathematics, and social sciences.