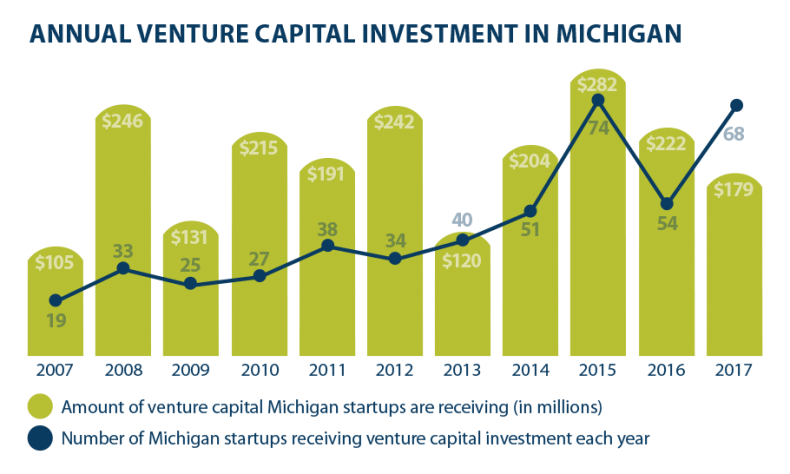 ANN ARBOR — Investments were up, but the dollar volume was down. That was the story of the Michigan Venture Capital Association’s annual report on venture investing in Michigan, released Wednesday.

The all-time high for venture investing in Michigan came in 2015 with 74 companies getting $282 million in investments.

Information technology attracted the greatest number of investments last year, 35, followed by health care and the life sciences, with 19.

Venture capital is money invested in high-tech, high-growth companies that are too early in their development to secure traditional funding from banks. Venture capital firms raise money from a variety of individuals, corporations, pension funds, universities, economic development agencies, and other sources, and reinvest that money into companies in return for a percentage of ownership. The goal is that as the company grows in size and value, the percentage of ownership becomes more valuable. When the company is eventually purchased by a larger organization or goes public, the venture capital firm is then able to sell their percentage of the company at the new value, pay back their investors, and start a new pool of money for future investing.