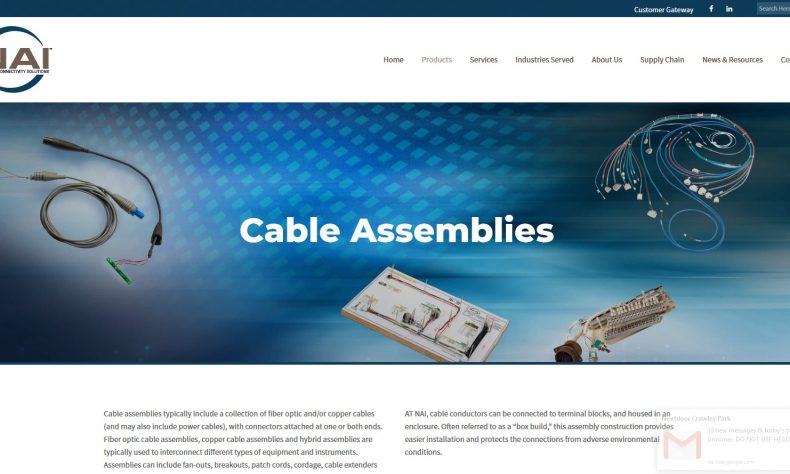 TROY — NAI Group LLC, a manufacturer of connectivity hardware for industrial, telecommunications, data transfer and medical applications, has announced an expansion in the Southeast Asia region with the appointment of two new executive personnel, effective immediately.

Company officials said the hires were part of its continuing commitment to growing business in Asia, and in response to customer requests for local commercial and engineering assistance in the region.

Ling Chun Lim comes to NAI from Volex, and earlier worked for several global electronic manufacturers and distributors. Ling is fluent in four languages, including Cantonese, Chinese, English and Kokkien, and holds a bachelor’s degree in manufacturing engineering.

ZhiQiang Lim is a manufacturing engineer and is experienced helping customers design new products. His recent responsibilities have included the support of new business development activities, and earlier held positions as a Process Engineer and a Sales Engineer at a leading connectivity manufacturer. Zhi is also fluent in four languages: Malay, Cantonese, Hokkien and English. He holds a bachelor’s degree in electrical and electronic engineering.

“We are happy to have these professionals on the NAI Asia/Pacific team to support our existing customers and build our business in the SE Asia region,” said Bill Miller, NAI vice president of sales and marketing. Added Jason Porter, NAI vice president of engineering and continuous improvement: “These new positions reflect our strong interest in supporting and helping customers to find the right interconnect solution for their application.”

Founded in 1993, NAI recently moved more of its manufacturing back to the United States with a 25,000-square-foot plant in Gaylord, scheduled to open this summer. The company also has plants in Nogales, Arizona, Hermosillo, Mexico, and Suzhou, China.