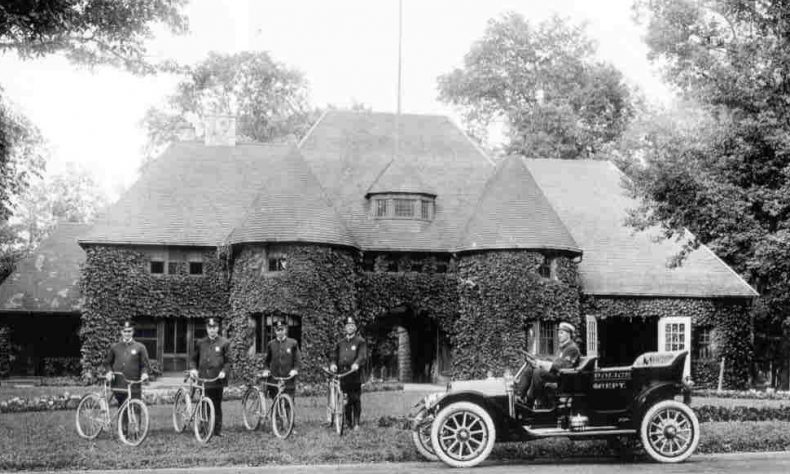 The three groups will be on Belle Isle between 10 a.m. and 4 p.m. Saturday, and will hold a re-dedication ceremony for a historical plaque and a historical marker at the site of the broadcast, the Belle Isle police station.

A Michigan State Park pass is required to enter Belle Isle for the event by private vehicle.

Detroit Patrolman Kenneth Cox and Robert L. Batts, an engineering student, built the first one-way radio for police cars in 1928, after experimenting from 1921 to 1927 with various radios installed in the back seat of a Ford Model T police patrol car. The ability to dispatch cars by radio proved to be a huge advantage in apprehending criminals escaping crime scenes by automobile.

The IEEE historical plaque, dedicated in May 1987, reads as follows:

“At this site on April 7, 1928 the Detroit Police Department commenced regular one-way radio communication with its patrol cars. Developed by personnel of the department’s radio bureau, the system was the product of seven years of  experimentation under the direction of police commissioner William P. Rutledge. Their work proved the practicality of land-mobile radio for police work and led to its adoption throughout the country.”