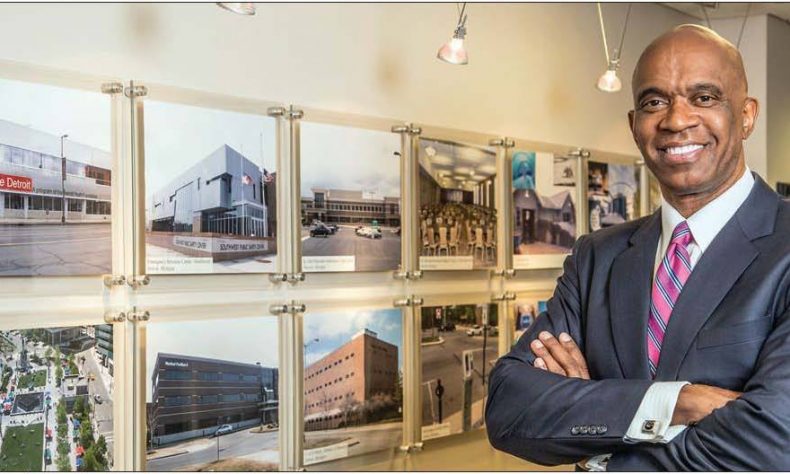 White earned a Bachelor of Science in Construction Engineering from Lawrence Technological University in 1980. The firm White founded in 1989, White Construction, became one of the nation’s largest African-American-owned construction companies.

With lead writer Don James, a veteran Detroit-based feature and biographical writer, White chronicles his life growing up in Detroit’s inner city, along with his dreams and ambitions, educational preparations, faith, struggles and victories as they pertain to starting and growing his company into one of the nation’s top black-owned construction businesses.

“I’m very excited to release this important book during National Reading Month,” White said. “My hope is that people, especially our young people, will read the book and become inspired to go after and accomplish their entrepreneurial and other dreams, despite their beginnings and many roadblocks.”

Other construction projects featured include buildings at Wayne State University, the Detroit Riverwalk, the United States Citizenship Immigration Building, the Detroit Public Safety Headquarters, the new Detroit Mumford High School, and Campus Martius, among others. In addition, the book features many of the honors and awards received by W. Bernard White or White Construction from various organizations, as well as media recognition over the last 29 years.

The book is released on the 10th anniversary-year of the formation of the W. Bernard White Education Foundation, a 501(c)(3) non-profit White created to help inner-city youth who are aspiring to become engineers or other technology professionals. The foundation provides funds to selected college students to help with the purchase of textbooks and other educational supplies.

“Any and all proceeds from the sales of ‘White Construction: An American Story, Built in Detroit,’ go directly to the W. Bernard White Education Foundation,” White said. “I’ve been blessed with success through my company. Therefore it’s imperative that I give back to help the underserved, something that I’ve done since the inception of White Construction almost three decades ago.”

For information on obtaining “White Construction: An American Story, Built in Detroit,” and upcoming events to support the release of the book, call MCS Multimedia at (248) 281-6524, or visit www.mcsmultimedia.com or www.whitecon.com. For more information on the W. Bernard White Education Foundation, visit www.wbweducationfoundation.org.