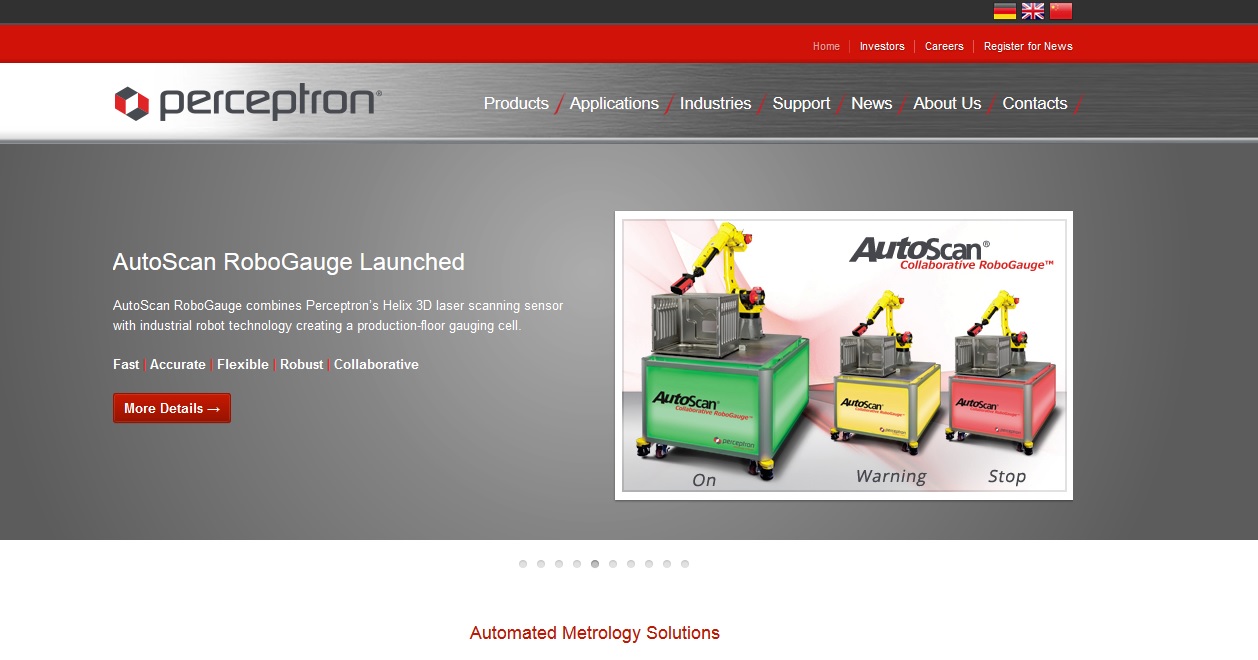 PLYMOUTH — Perceptron Inc. (NASDAQ:PRCP), the Plymouth-based manufacturer of industrial automation equipment, posted net income of $366,000 or 4 cents a share in the second quarter of its fiscal year ended Dec. 31, down from net income of $2.5 million or 27 cents a share in the same quarter a year earlier. Revenue was $20.4 million, down from $21.8 million a year earlier.

Higher engineering, research and development expenses, higher severance and other charges, and a smaller gain on foreign currency exchange from a year ago led to the decline in quarterly net income.

The company said the quarterly revenue decline stemmed from lower sales in Europe and Asia.

“We are pleased with the progress we continue to make this fiscal year, as we were able to achieve recurring operating income in excess of $1.0 million for the third consecutive quarter, excluding the $0.7 million charge related to a court award in a trade secrets case, which we plan to appeal,” Perceptron President and CEO David Watza said. “Year-to-date bookings and backlog remain strong, while revenue grew slightly. Our elevated backlog levels mark a second quarter record for the company.”