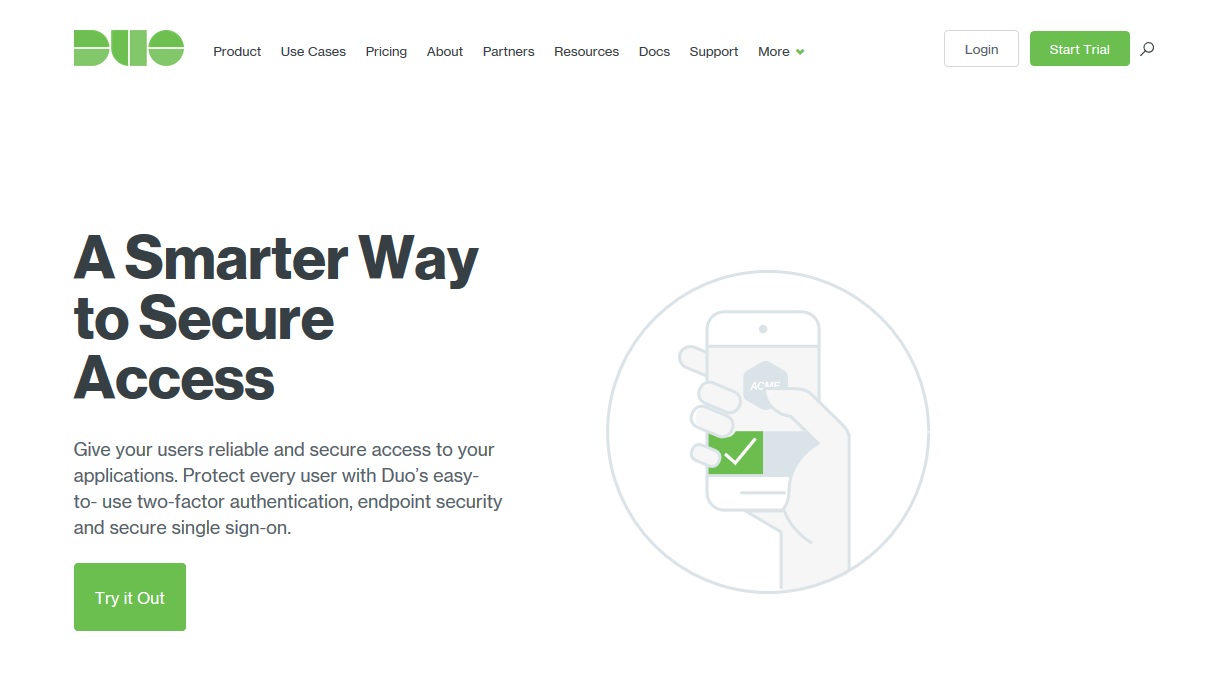 This was among several milestones announced by the Ann Arbor-based company.

“2017 was an important and exciting year for Duo, during which we expanded our leadership position and further solidified our place as an enduring global company for our customers,” said Duo CEO and co-founder Dug Song. “Our goal is a lofty one: to change the way the world thinks about security, the largest geopolitical issue of our time. To do this, we are investing aggressively in R&D and deepening our bench … We anticipate continued rapid growth in 2018, as we disrupt the security status quo by being a leader in innovating and commercializing the future of security through BeyondCorp.”

Duo officials point out that an increasingly mobile work force and the rise in cloud applications has made the traditional security perimeter increasingly porous, as attackers no longer need to use advanced techniques to access an organization — the majority of the time, they’re going after users.

Leaders in their respective industries such as Kayak and Sophos are just a few of the many companies adjusting to this shifting landscape by implementing Duo Beyond. Launched in February 2017, Duo Beyond helps organizations enable safe, seamless access from untrusted networks without the frustration of traditional virtual private network (VPN) or network access control (NAC) experiences.

Duo also announced additions to its board, including Hilarie Koplow-McAdams, former President of both New Relic and Salesforce, and Ron Gill, former CFO of NetSuite. This past fall, Duo also welcomed to the board Lorrie Norrington, former eBay president and McAfee board member. Rob Ward, co-founder of Meritech, was named board observer.

Since its founding in 2010, the company has grown to serve more than 10,000 customers across 100 countries.

To support this growth, Duo announced that Sydney Carey has been named CFO. Carey earlier served as CFO for a number of high-growth private and public software-as-a-service companies, including Apttus, ZScaler, MongoDB and Tibco. Also, Paul DiMarzo was named executive vice president of corporate development. After serving for five years as CFO and seeing the company through a number of financial milestones, DiMarzo will focus his talents on strategic partnerships to continue Duo’s growth.

Duo also raised more than $70 million in capital last fall in a transaction that values the company at more than $1 billion. The round was led by Meritech Capital Partners, a private equity company in Palo Alto, Calif., and Lead Edge Capital, a New York venture firm. In addition, a new strategic partner, Workday Inc., an HR software provider based in Pleasanton, Calif., also participated. Duo intends to expand global operations and fund increased innovation in the Trusted Access and BeyondCorp spaces with the round.

Duo now manages more than 300 million authentication events every month, and provides security insights into more than eight million smartphones, PCs and Macs used by people for work. The company serves customers from a wide-range of industries, including Facebook, Etsy, Stryker Corp., Random House, Pixar and the University of Michigan.

The company’s growth has been fastest in Europe, the Middle East, and Africa, with the number of customers quadrupling to nearly 2,000 over the last two years. Customers include the University of York, Tajco, Novomatic Lottery Solutions, Bolton NHS Foundation Trust, and more. To further this rapid growth, Duo also named Mike East as vice president of sales for the region. East joins Duo with 27 years of IT and security experience, previously holding leadership positions at Symantec, Mandiant, FireEye and CrowdStrike.

“Enterprises have recognized that moving to a perimeter-less security model is not only the right architecture, but also one that enables employee productivity and the safe adoption of modern IT technologies,” said Jon Oberheide, Duo co-founder and CTO. “Moving to a BeyondCorp or Zero Trust security architecture isn’t an overnight thing, but a journey that we’ve been fortunate enough to help our customers embark on.”

Duo also announced the hiring of Steve McElfresh as senior vice president for people. McElfresh joins Duo from New Relic, bringing more than 19 years of global HR leadership experience. In addition, Ambrosia Vertesi has been named vice president of people for growth initiatives, where she will focus on enabling scale and development for an increasingly global organization.

Duo officials said the company has nearly tripled its staff since 2016, from 200 to nearly 600, and has opened new offices in Austin, Texas and San Mateo, Calif. The company’s other offices are in Ann Arbor and London, England.