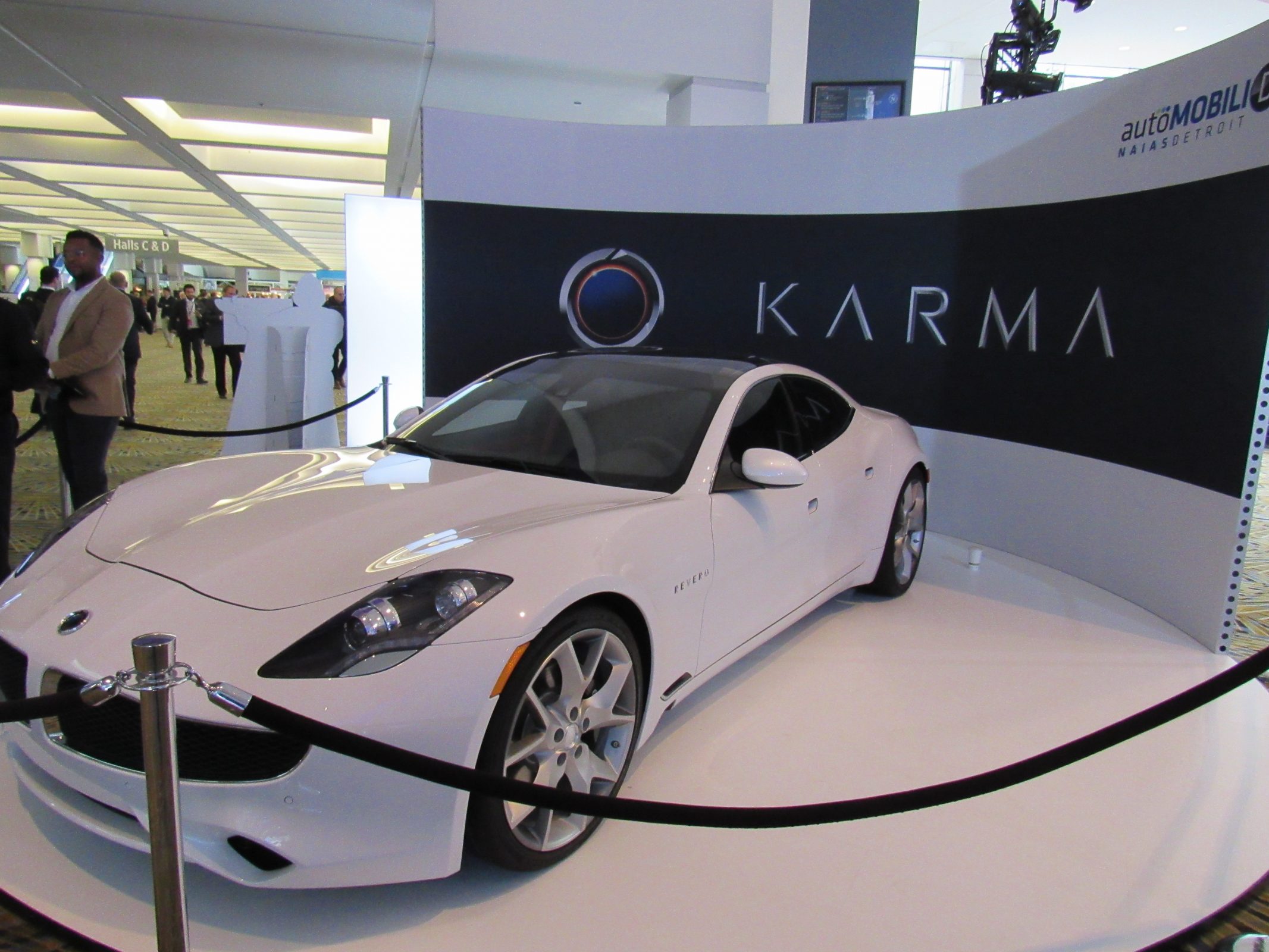 DETROIT — Well, I’m back at my SECOND favorite technology show of the year.

Since I don’t get to go to CES (formerly the International Consumer Electronics Show) any more, the North American International Auto Show has become my favorite place to check out the latest in high tech. After all, vehicles have become, as Bill Gates predicted 25 years ago, just a bunch of moving points on the network.

I spent Monday morning on a quick cruise of the Auto Show floor, and here’s what I saw…

* I know I’m prejudiced, but the new Lawrence Technological University auto show booth is gorgeous. We’re in the main concourse next to the coat check, and we’ll have plenty of students and staff on hand to talk automotive design and engineering, so stop by and say hello.

* Mercedes. What can you say? And given what’s happening to ballooning prices for American cars, especially trucks and SUVs, the price is looking pretty good, too. I know I’d much rather have a $60,000 Mercedes than a $60,000 Ram truck.

* Honda has taken over from Nissan for the title of world’s sexiest econoboxes. For a mere $18,000, you can get a very pretty, very peppy little car that I bet won’t rattle or squeak for 10 years.

* Chevrolet has an incredibly cool virtual test track thrill ride. Go on that ride at the auto show, no matter how long the line is. It’s worth it.

* Ford is rolling out a new small SUV, the EcoSport, and all I can say is — WOW. A great looking little truck, the Escape’s little brother. Starting at $23,000, nicely equipped for $28,000 or so, plenty of room for two, a decent back seat, all wheel drive, and around 30 mpg on the highway. What’s not to like?

* Ford also has a virtual test track similar to Chevy’s, and a simulator for its new Ford Ranger. Speaking of which…

* So-called midsized truck are now all bigger than the first two pickups I owned as a kid, a 1964 Ford F100 and a 1969 Ford F150. Full size trucks? They are now officially the size of school buses.

* The Ram truck and Mopar exhibit had to have been designed by the Oakland Raiders. Everything black and silver.

* Nissan is getting into the small SUV game too, with a vehicle called Kicks. It’s the Rogue’s little brother.

* Toyota appears to make about 17 different sizes of SUV.

* Nissan has a new and MUCH larger exhibit this year. Absolutely gorgeous.

* Subaru also makes about 13 kinds of SUVs, it would appear. Yeah, there’s still the Forester, longer and lower, and the Outback, shorter and higher, more truck-like, but now there’s also the smaller Crosstrek and the larger Ascent.

* Buick once again has a standalone exhibit away from the rest of General Motors, trying to carve out an existence away from the mother ship. It features dreamy convertibles and a very sleek station wagon.

* Volkswagen is back in the same spot with the same size exhibit as every year. Diesel? What’s a diesel?

* The booth babe is an endangered species, though you will find a few at luxury marques like Alfa Romeo and Mercedes.

* The press center remains amazing, in the second floor of the refurbished Cobo Arena, now a huge banquet hall. Unlimited free fountain beverages is a serious threat to my health, however.

* You hear a lot about self-driving vehicles, but you know what? What’s on display and what people are buying is good old driver-driving vehicles. Now, there will be a lot of spinoff safety technologies from autonomy in these vehicles — self-parallel parking, lane-keeping, adaptive cruise control — but we’re not even close to taking our hands off the steering wheel yet.

And now a bit of an auto show photo gallery… 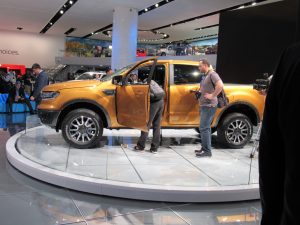 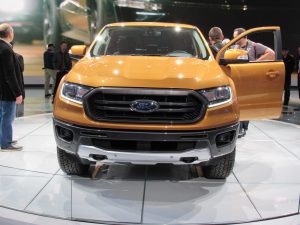