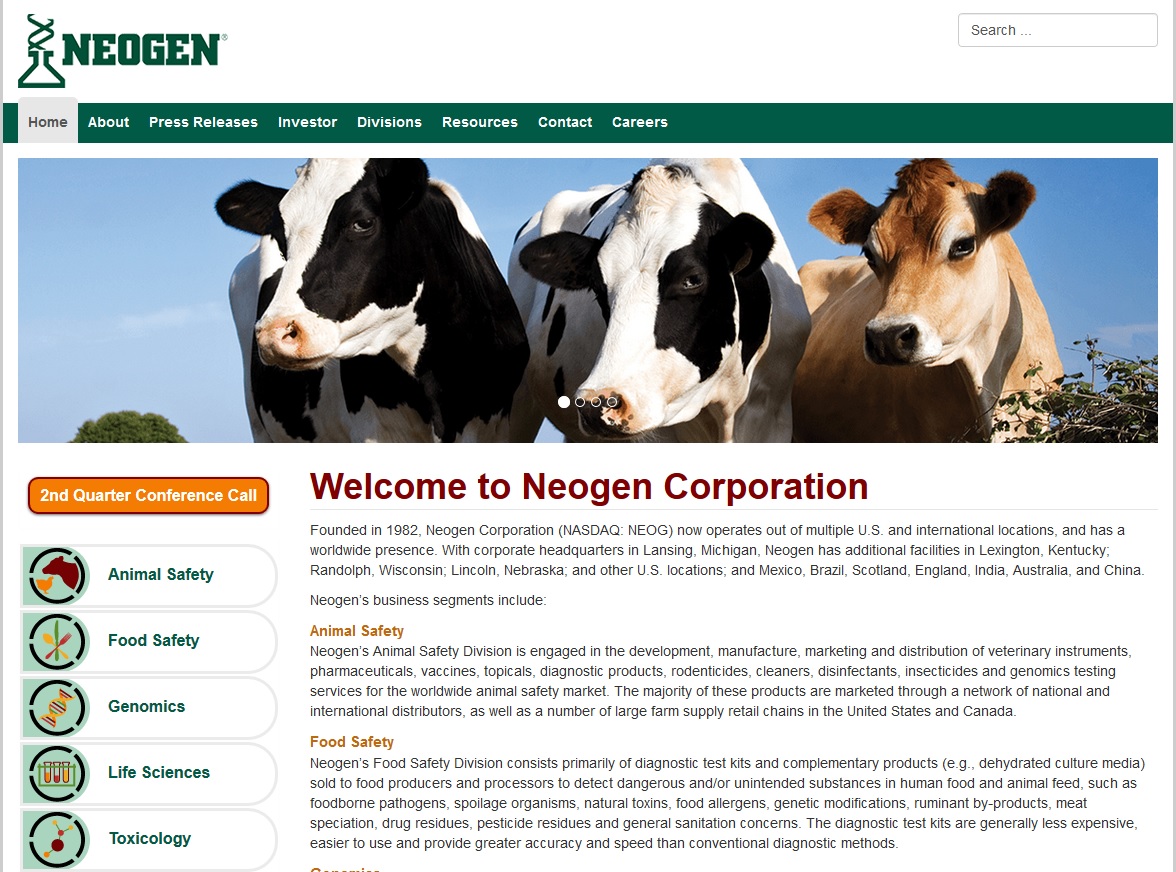 Net income in the second quarter was $17.1 million, up 53 percent from $11.2 million a year earlier. Adjusted for a 4-for-3 stock split effective Dec. 29, earnings per share in the current quarter were 33 cents, up from 22 cents a year earlier.In the current quarter, the company said it benefited $3.4 million, 7 cents a share, due to the adoption of Accounting Standard Update 2016-09 on June 1, 2017, which changes how companies report the excess tax benefits of employee stock option exercises. Current year-to-date net income was $29 million, or 56 cents per share after being adjusted for the split, compared to $21 million, or an adjusted 41 cents a share, for the same period a year ago.

The quarterly revenue and net income results represent records for the 35-year-old company. However, the revenue increase fell short of Wall Street expectations.

The second quarter was the 103rd of the past 108 quarters that Neogen reported revenue increases as compared with the previous year — a record spanning 27 years. The current quarter marked the first time Neogen has exceeded $100 million in quarterly revenues.

“We are particularly pleased with the strong organic growth of a number of our existing core product lines in the current quarter,” said John Adent, Neogen’s president and CEO. “Within our food safety segment, we had substantial organic sales increases in our line of dehydrated culture media, and test kits to detect sanitation concerns, dairy antibiotics, and foodborne pathogens, especially Listeria. In our animal safety segment, we also recorded increases in sales of veterinary instruments, rodent control products, and continued our strong growth in our agricultural genomic services.”

Revenues for the company’s Food Safety segment increased 21 percent during the second quarter compared to the prior year quarter, aided by acquisitions within the past year, which report through Neogen’s operations in Scotland and Brazil. Sales of Neogen’s line of general sanitation products increased 23 percent in the current quarter compared to the prior year quarter. The line includes AccuPoint, a system that allows users to instantly verify that surfaces and equipment have been effectively sanitized. The segment’s comparative results also included a 20 percent increase in sales of culture media products.