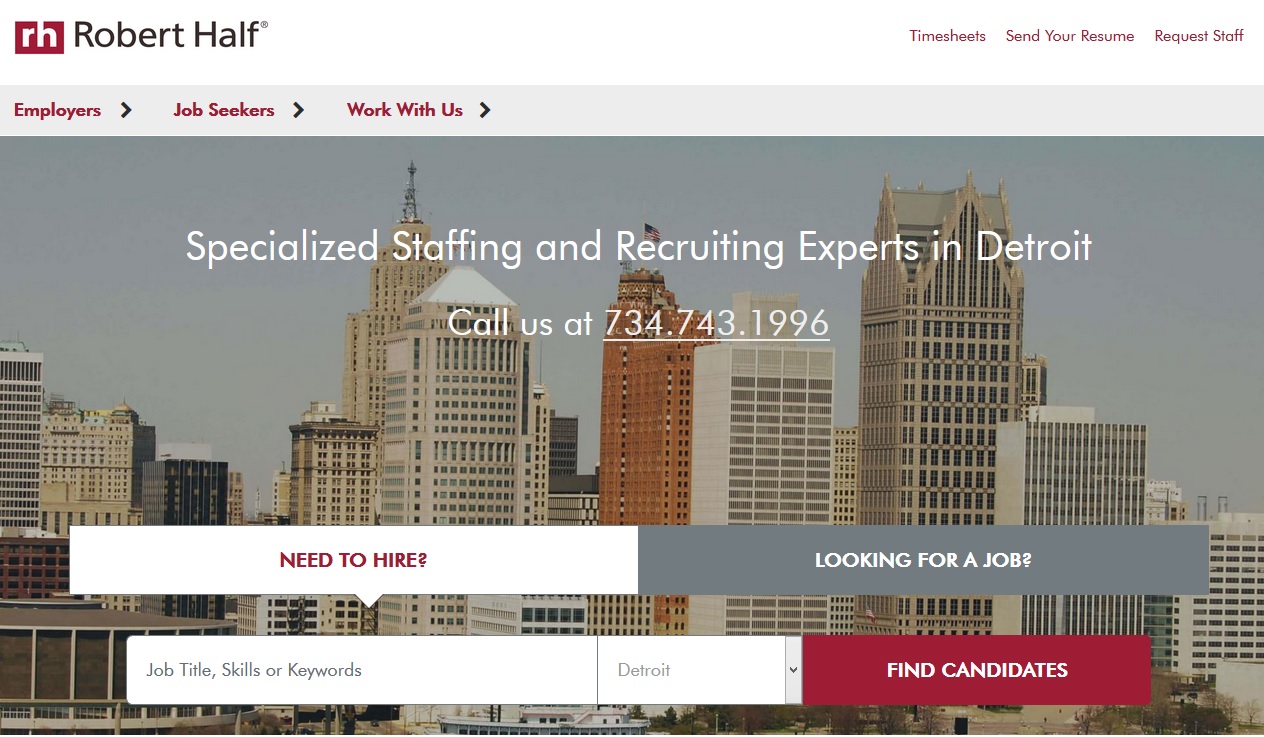 MENLO PARK, Calif. — Technology hiring in Detroit should start off strong in 2018, according to the Robert Half Technology IT Hiring Forecast and Local Trend Report.

According to the report, generated by the technology staffing business unit of the Menlo Park, Calif.-based human resources firm, fully 20 percent of Detroit-area CIOs surveyed said they plan to add full-time technology professionals to their teams in the first half of the new year. That’s up from 16 percent of CIOs who planned to add staff a year ago.

Another 67 percent expect to maintain staff levels by filling only vacant roles.

In addition to hiring plans, the report also highlights technology skills in demand and CIOs’ top priorities for the first six months of the year.

Hiring Challenges and Skills in Demand

It continues to be a competitive hiring environment: 63 percent of CIOs in Detroit said that it’s challenging to find skilled IT professionals in today’s market. The skills in greatest demand within their organizations, according to respondents, include:
* Wireless network management (53 percent)
* Telecommunications support (51 percent)
* Mobile development (45 percent)

When asked to name their top priority for the next six months, 26 percent of Detroit CIOs said they will be focused on maintaining the security of IT systems and safeguarding company information. Other priorities will include:
* Innovation and helping to grow their businesses (23 percent)
* Upgrading existing systems for business efficiency (21 percent)
* Technology innovation and investing in new technologies (15 percent)
* Staff retention (13 percent)

Robert Half Technology has been tracking IT hiring activity in the United States since 1995.