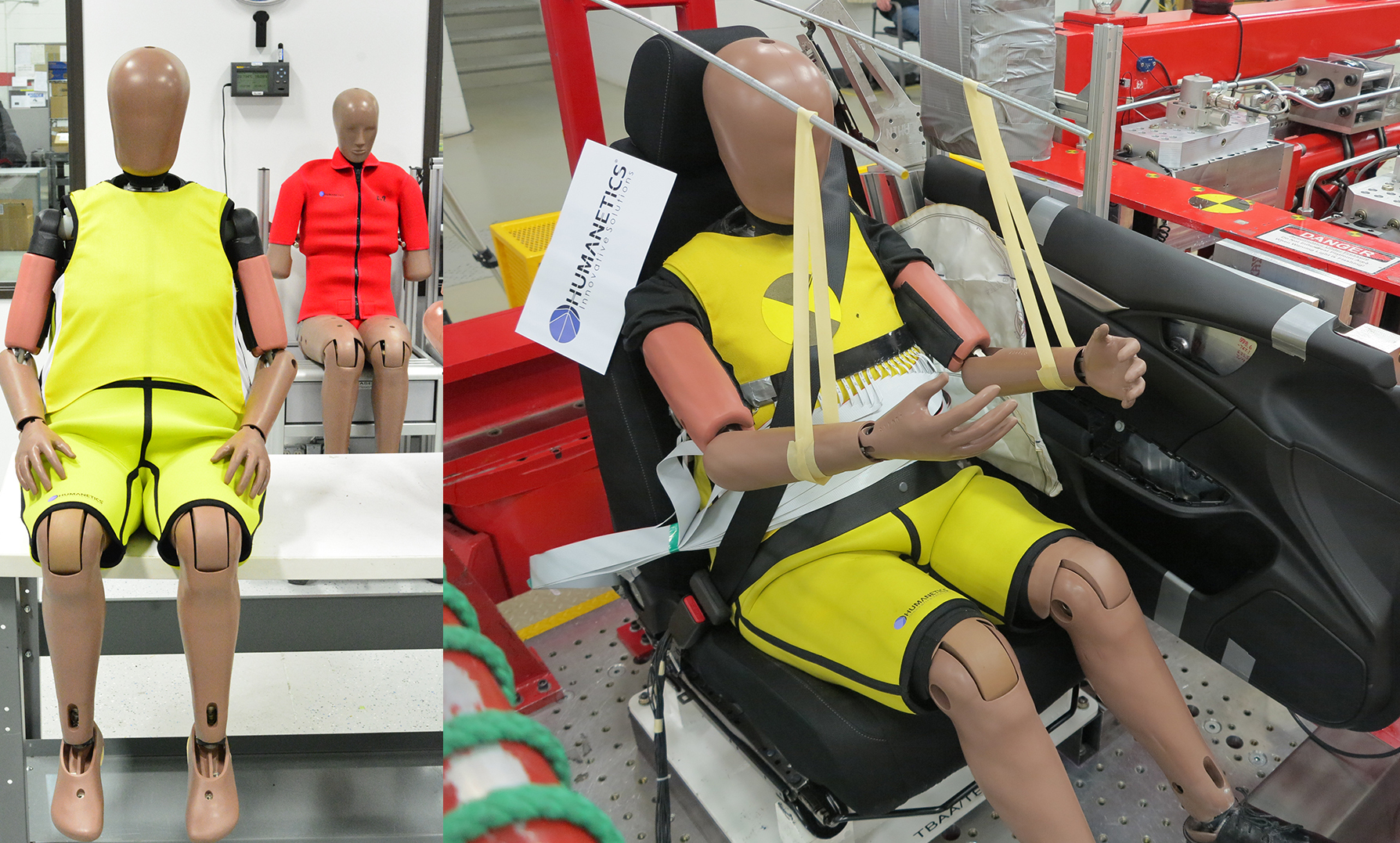 FARMINGTON HILLS — Humanetics Innovative Solutions Inc., a manufacturer of crash test dummies for 65 years, has rolled out a new model designed to reflect a person about as old as the company itself.

The company called the “elderly dummy” a breakthrough, and said it’s already in use for customers Honda and Autoliv.

The company said the dummy mimics the biology of a 70-year-old female, about five feet four inches tall, and weighing in at about 160 pounds. (The dummy is pictured above.)“At Humanetics, our mission is to create products that save lives,” said Humanetics president and CEO Christopher J. O’Connor. “We developed the elderly crash test dummy to provide better protection for one of the most vulnerable population groups in a vehicle crash.”

The dummy reflects the facts taht people are living longer with more sedentary lifestyles. The U.S. Department of Transportation reports more than 40 million licensed drivers 65 and older in the United States — nearly one in every five drivers. Research has shown that elderly occupants are more likely to sustain internal injuries in some crashes. In 2014, more than 5,700 older adults were killed and more than 236,000 were treated in emergency rooms for motor vehicle crash injuries. This amounts to 16 older adults killed and 647 injured in crashes on average every day.

O’Connor noted that the company “is closely involved in research programs such as the SENIORS project funded by the European Union to address similar types of concerns in other regions of the world. We strive to collaborate with all safety organizations worldwide to develop products that best reflect the current population where safety is an issue.”

Humanetics has more than 650 employees in 19 locations around the world. More at humaneticsatd.com