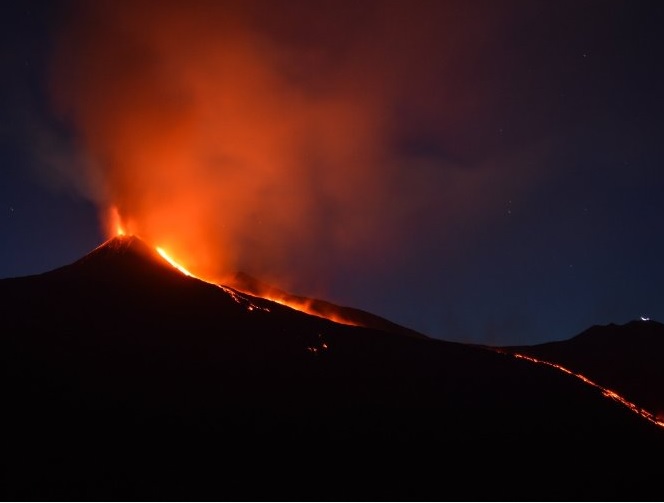 HOUGHTON — Researchers at Michigan Technological University and two other institutions are using tiny zircons — a mineral sometimes used as a gemstone — buried in Antarctic rocks to trace the way volcanoes contributed to a warming earth more than 500 million years ago.

That warming contributed to the Cambrian Explosion, a period of huge, rapid growth in the number, diversity, and complexity of animals around the world, which started 541 million years ago.

Geoscientists from Michigan Tech, the University of Wisconsin Oshkosh and ETH Zurich traced the age and chemical signatures of zircon minerals to examine the recycling of carbon from the mantle to the surface through time.

A better understanding of these changes in carbon recycling help improve models about how the planet’s early processes transitioned from the cold Snowball Earth, with near-global ice cover, into more temperate swings between ice ages and warming periods that started with the Cambrian Explosion. The team’s research was published this week in Nature Geoscience (DOI: 10.1038/s41561-017-0011-6).

“The geochemistry reflects a disequilibrium — and the Earth has to expel all of that to try to get back to equilibrium,” said Chad Deering, one of the co-authors and an assistant professor of geology at Michigan Tech. “What we propose is that a series of events had to coincide to ultimately lead to the optimal conditions required to release an anomalous amount of carbon.”

The chemical change is recorded on the scale of continents, but the details of that continent-building are locked in the crystal structures of tiny zircons gathered from Antarctica. Some of the mineral bits are smaller than 100 microns, barely the width of an average human hair.

“We focused on looking at the trace elements in those zircons,” Deering said. “There’s a classification scheme that we use to determine the original rock type that the mineral grew in, which then tells us what kind of magma left that particular chemical signature of trace elements.”

The ETH Zurich lab then used uranium-lead dating to determine the age of the samples. Given the ages and trace elements, what Deering and his team observed is a peak in carbon-emitting magma types that occurred during the Ediacaran period between 500 to 700 million years ago. The findings suggest that a significant amount of carbon was likely released.

Volcanoes emit a lot of carbon dioxide — some much more so than others. Alkaline volcanoes like Mount Etna in Italy (pictured above) and Mount Erebus in Antarctica (below) dwarf the carbon output of other volcanoes. And it’s that same type of volcanism that was identified in these ancient zircons.

“Alkaline magmas are produced by melting just a little bit of the mantle,” Deering said, adding that while rare and small in volume, their importance is in the amount of carbon dioxide belched out and the special conditions under which they form. “What happens as subduction occurs is that the mantle becomes ‘polluted’ with volatile material from the Earth’s surface — water, carbon, sulfur.”

The changes leading up to this significant event are slow — occurring over hundreds of millions of years — and have major consequences. As the Earth cools through time and the mantle becomes more polluted, it will eventually generate alkaline magma that can erupt at the surface. The cooler subduction and mantle pollution can produce rocks known as blueschists, well-documented in the rock record during the Ediacaran period — which preceded the Cambrian explosion, 635 million to 541 million years ago — along with alkaline volcanism. Following the pulse of carbon-rich volcanism, atmospheric carbon dioxide spikes, which may be in part recorded in the carbon isotope record, accompanied by a warming period. All told, these processes were part of a broad series of events that gave rise to an atmosphere and geological cycles that would shape the planet as it is today.

“To create a timeline, we needed to have ages on a significant number of zircons spanning many hundreds of millions of years,” Deering said. “In essence, we discovered over this time period that there was a particularly significant pulse of alkaline magmatism, suggesting an increase in carbon emitted prior to the Cambrian explosion, the most important emergence of life that has yet to occur.”

Gleaned from tiny zircons, Deering and his team used the chemical signatures of ancient volcanoes to establish that a series of fortunate events occurred as the oldest continents were constructed and materials recycled from the surface to eventually shape our modern carbon cycle.