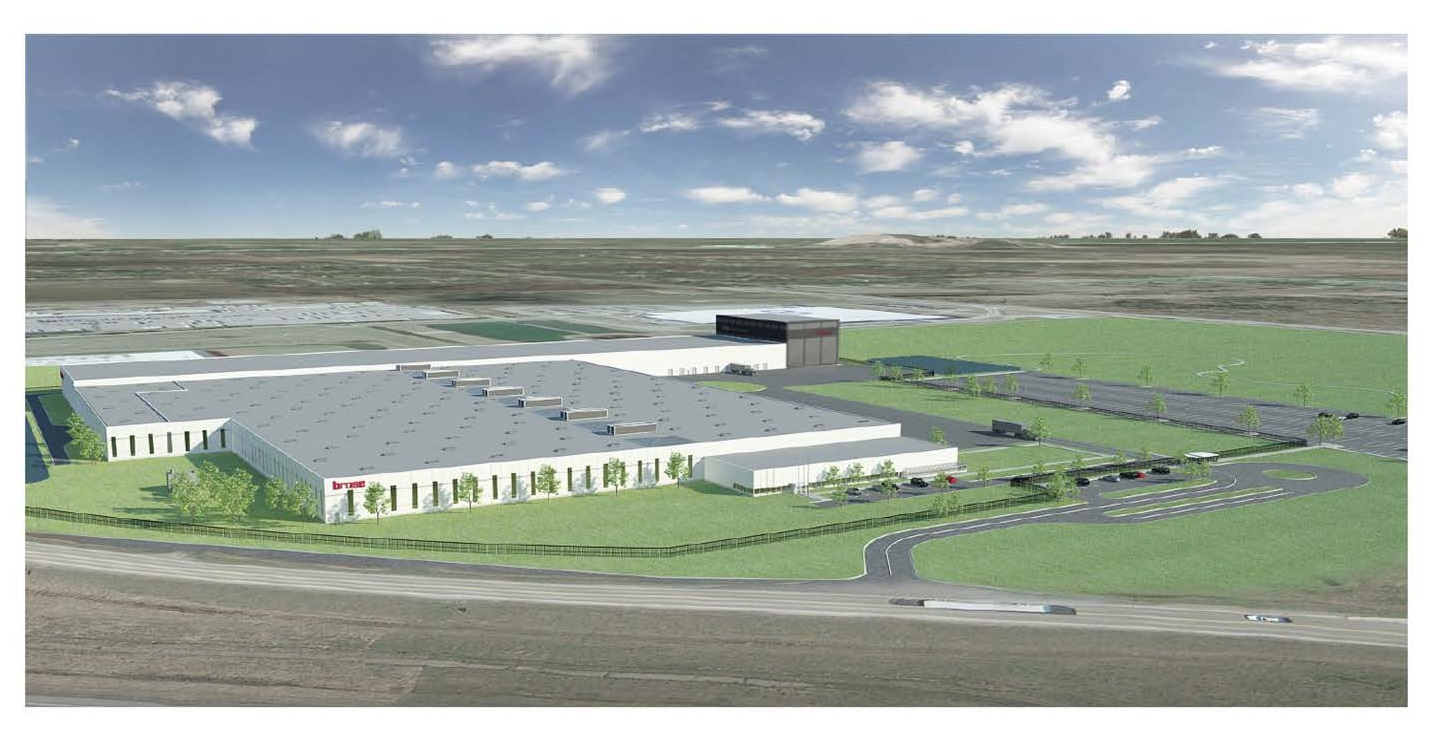 MSF today approved an increase to Brose New Boston Inc.’s Michigan Business Development Program grant by $2.7 million, for a total of $6.95 million. Michigan was chosen for this business over competing sites in the U.S. as well as Mexico. The expansion will add 300 jobs to the New Boston area.

In 2014, the company was awarded a $4.25 million Michigan Business Development Program performance-based grant for its investment of $97.6 million and creation of 475 jobs at the New Boston plant. To date, the company has created 229 jobs and is ahead of its required milestones. Over the next five years, Brose New Boston will produce several new products and add new programs which will require additional investment of nearly $105 million and the creation of an additional 300 jobs. A rendering of the completed plant is pictured above.

Huron Charter Township, through the Detroit Region Aerotropolis Development Corp., is offering support to the project in the form of a 12-year property tax abatement valued at $3.5 million.

Individuals interested in positions with Brose should visit https://www.brose.com/de-en/career/.

The project will include demolition of two adjacent structures and construction of a new structure that will complement the existing building. The completed project will contain retail space, residential units and underground parking. It’s expected to create 30 full-time jobs.

In addition, Bedrock Management Services LLC and the Detroit Brownfield Redevelopment Authority presented a Transformational Brownfield Plan for Detroit, the first to be brought to the MSF board. The presentation was to familiarize the board with Bedrock’s plan to develop four mixed-use projects in downtown Detroit that will include office, retail, residential and hotel space. The entire project is expected to generate a total capital investment of $2.1 billion and support 7,261 new full-time jobs in the city of Detroit.

Bedrock and the city of Detroit are expected to make a request in March for approval of a Transformational Brownfield Plan incentive package that will authorize traditional property tax increment revenue capture, an exemption from sales and use tax on the construction materials used to build the developments, and other revenue sources. Prior to receiving approval, the project will be reviewed by the University of Michigan Research Seminar of Quantitative Economics. Construction is expected to begin before the end of the year.

MSF also approved a bond inducement resolution for $5.5 million in private activity bond financing for the expansion of the Huron Valley PACE elderly care center in Ypsilanti. The expansion will include the addition of 21,000 square feet to the center and purchase of equipment and furniture.

For more information on the MEDC and its initiatives, visit www.MichiganBusiness.org.