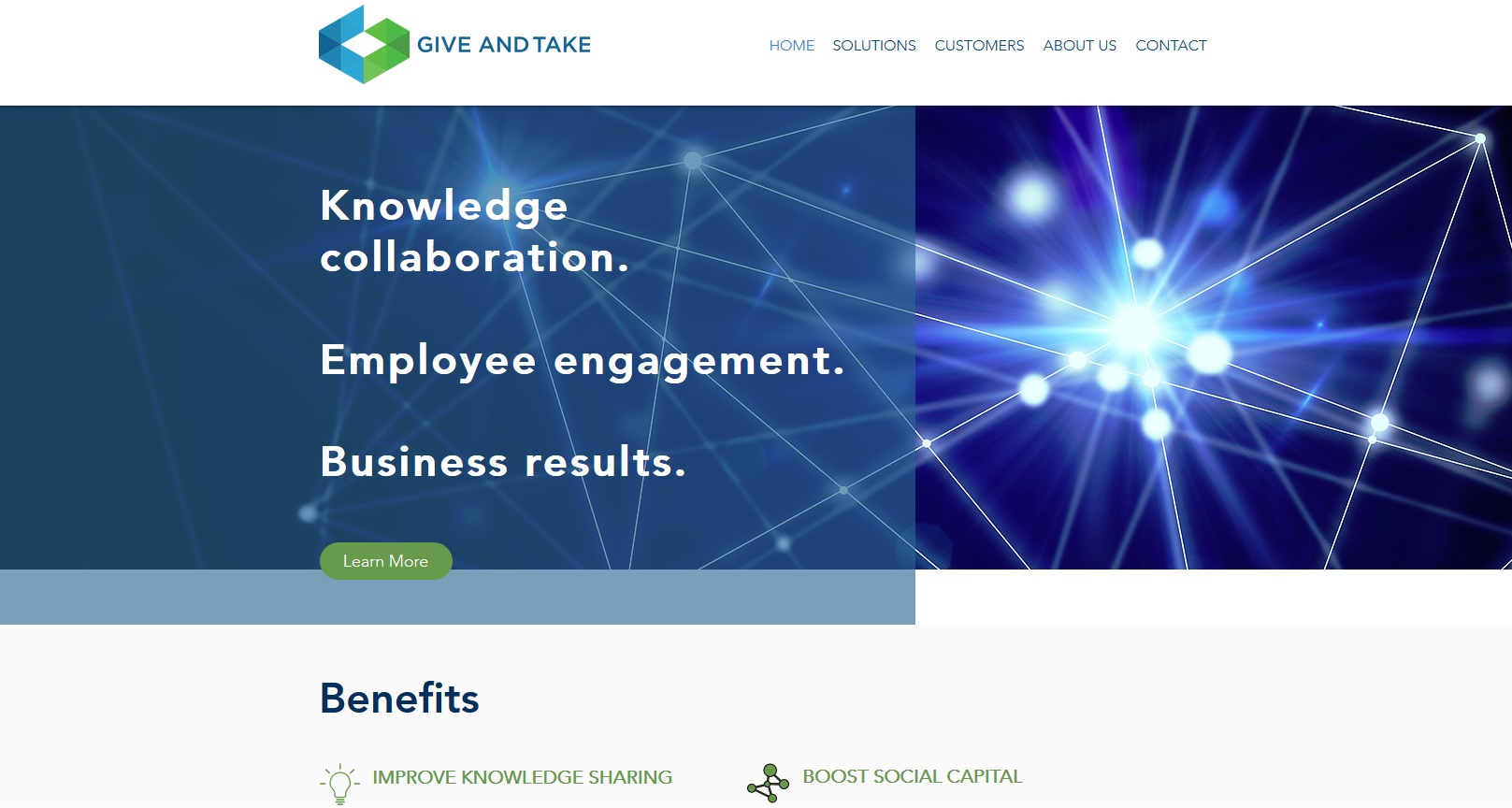 ANN ARBOR — A new startup is launching in Ann Arbor with $2.2 million in capital that aims to convince more people to become members of the “giver culture.”

Give and Take Inc. is currently beta testing Givitas, which it calls a “knowledge collaboration platform.” The CEO will be Larry Freed, an entrepreneur who led the company ForeSee (originally ForeSee Results) from its 2001 founding to a buyout in 2013 that returned 22 times on capital originally invested.

The company says its precepts are based on the 2013 book “Give and Take” by Adam Grant, who became the youngest full professor at the University of Pennsylvania’s Wharton School of Business. The book divides people into three categories — takers, matchers, and givers. The book argues that the most success goes to givers — people who, in the words of a Slate magazine article, “perform all sorts of selfless acts with no expectation of reciprocity. They tirelessly pitch in for their colleagues, eagerly mentor their underlings, and regularly prioritize other people’s needs above their own.”

Freed said Fortune 500 companies lose more than $31.5 billion a year when employees fail to share knowledge effectively. He said research also shows two-third of Americans are not engaged at work, costing up to $600 billion a year in lost productivity.

“These are issues that hit close to home for every business leader,” Freed said. “Smart companies understand that empowering and enabling employees to share knowledge and information easily, efficiently, and effectively not only fosters a giving culture, but also speeds up response times, drives employee engagement, and improves business outcomes.”

Added Wayne Baker: “We’ve been helping companies leverage the concepts of generalized reciprocity and social capital to improve business outcomes since 1999. It’s exciting that we can now use technology to scale these concepts and bring them to a much wider audience.”

Givitas is currently in beta, and the Rotman School of Management at the University of Toronto and UM’s Center for Positive Organizations are among a number of beta clients.

“We use Givitas with our students to further embed giving into the culture of the school and as a way to scale-up the opportunities for doing so,” said Bill McEvily, professor of strategic management at the University of Toronto. “As a result, we have seen students access valuable resources through the platform, build community, and in the process learn about the power of giving for networking.”

More about the company at www.giveandtakeinc.com.