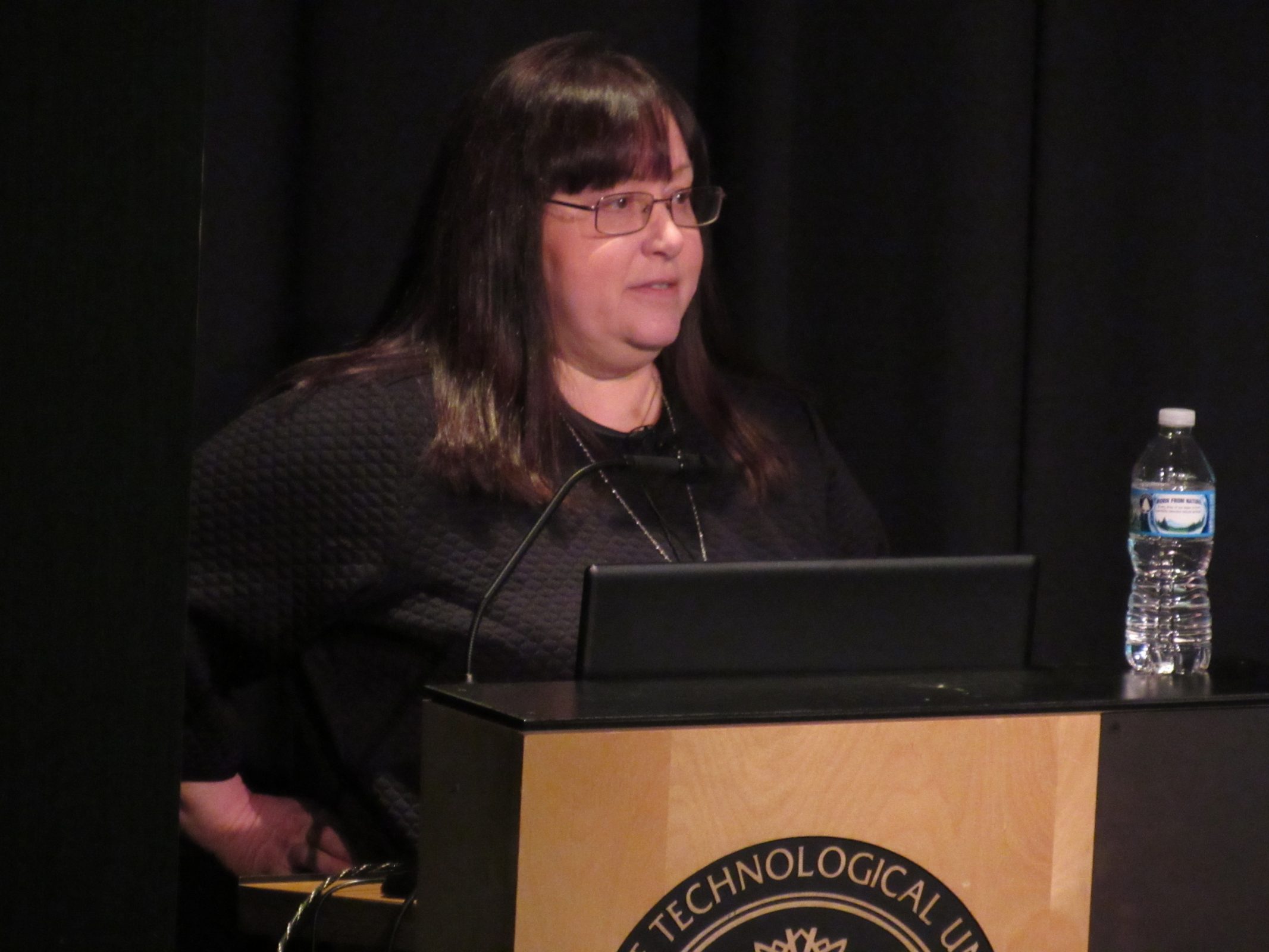 SOUTHFIELD — The key to social media success for nonprofits is to communicate regularly, be organized, and don’t be too promotional.

That was the word Tuesday from social media expert Julie Van Ameyde, who presented to an audience of nonprofit executives in the 2017-18 kickoff of Lawrence Technological University’s “Executive to Executive” speaker series.

Van Ameyde’s Simply Social LLC, based in Northville, manages 70 social media profiles, and she’s been in the business since 2008. Even with all that experience, she assured the crowd that she’s sure she could be doing better in social media, and that she reads as many as 50 articles a day to keep up with the latest social media and marketing trends and what is going on in her clients’ industries.

“We’ve seen social media sites that look like an ad, and they’re ignored,” she said.

She advised the group to follow an 80-20 rule in social media – “Eighty percent of your posts should be interesting content that’s relevant to your nonprofit, the other 20 percent can be promotional. You don’t to go overboard with promotions because you’ll sound desperate, which turns off your fan base.”

What to post? Van Ameyde said nonprofits should point out how they help the community, use recurring themes like “Thankful Thursday” or “Flashback Friday,” share news updates on their field of expertise, thank donors and volunteers, and promote events. She said it’s a good idea to share content from other nonprofits, run contests, highlight great employees, and create Facebook groups.

And she said it’s important to create “audience personas,” profiles of various audiences such as the volunteer base, the board, and donors.

Among social media, Van Ameyde said, “Facebook is the big boy. They call it a social media platform, but what it really is, is an ad platform.” As for Twitter, she said, “you have to be ridiculously committed. Don’t step up to the Twitter plate unless you’re committed to tweeting at least three to four times a day.”

The more business-oriented site LinkedIn, she said, is a great place for executives to be active with regular commentary. The photo sharing site Instagram, she said, lets nonprofits tell their story through pictures, though “a little goes a long way.” Posting videos on YouTube, she said, helps with Google prominence. But she cautioned against posting links to YouTube videos on Facebook, saying it can hurt Facebook visibility.

Finally, Van Ameyde said that a planned content calendar is a must, and even small nonprofits must come up with a social media advertising budget.

Upcoming events in the Executive to Executive Series include: