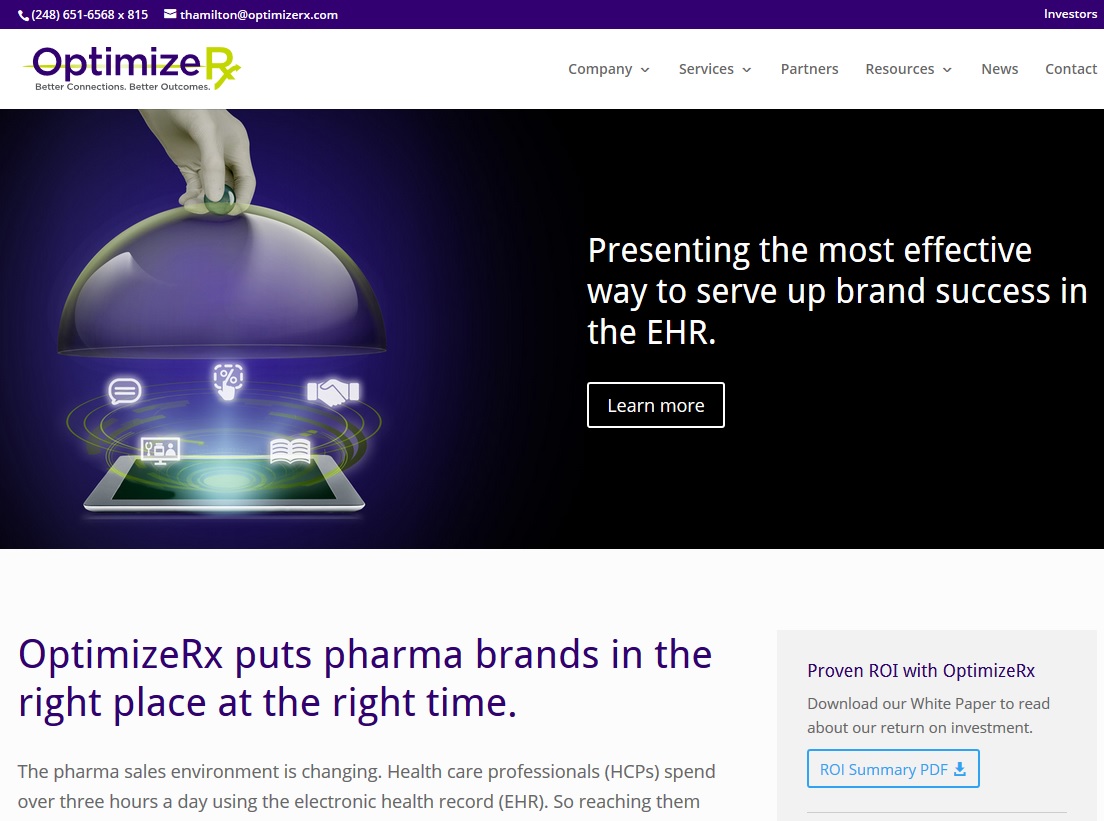 The company said it distributed financial messages, such as e-coupons, and brand messaging for more than 100 pharmaceutical brands during the quarter.

The company said the increase in revenue was driven by growth in OptimizeRx’s two core products of financial and brand messaging.

“In Q3, our record topline was driven by the growth of our financial and brand messaging products, as well as the expansion of our EHR network through which those products are distributed to HCPs,” said OptimizeRx CEO, William Febbo. “We added iSalus Healthcare, an industry-leading EHR, to our EHR network, which is still the largest of its kind with more than 370 EHRs nationwide. During the quarter, we also continued to see the expansion of clients, brands, and agencies advising the industry about our cloud-based EHR channel. To support further growth and drive scale, we appointed Miriam Paramore, an accomplished health IT industry veteran, as our new president. We also added several business development and operations team members. These investments in our executive and sales teams have already begun to produce returns in terms of accelerated revenue growth, broader client base, and greater scale potential.”