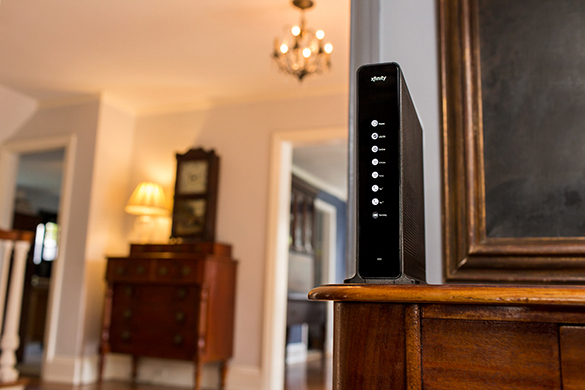 PLYMOUTH — Comcast Corp. announced it will increase speeds of some of its most popular Internet tiers over the next several weeks.

Download speeds for the company’s Xfinity Blast! tier will jump from 75 megabits per second to 100 Mbps, while Performance tier speeds will more than double from 25Mbps to 60Mbps. Customers of the Performance Starter tier will see a boost as well, from 10Mbps to 25Mbps.

Rollouts of the new speeds will begin in early November and continue through mid-December, and will be available across most of Michigan.

“As our customers continue to bring more devices and smart appliances into their homes that require fast, reliable Wi-Fi, we’re delivering more value by increasing speeds,” said Tim Collins, senior vice president of Comcast in Michigan. “We’re once again boosting the speeds of our most popular tiers to stay ahead of our customers’ increasing demands and ensure they continue to have a great online experience.”

To get the new speeds, customers may need to re-start their modems, which can be done manually or through the Xfinity My Account app. Comcast will notify customers and provide instructions before the changes take effect.

The announcement follows a number of moves the company has made to enhance its high-speed Internet offerings, including an expansion of its national Wi-Fi network, which now includes 18 million hotspots; doubling its network capacity every 18 to 24 months; introducing xFi, a free platform that lets customers personalize, manage and control their home Wi-Fi experience, and launching 2 gigabit and 1 gigabit-per-second home Internet services.
Comcast has increased Internet speeds 17 times in the past 16 years.

Other recent moves that capitalize on Comcast’s growing internet and wireless presence include the April 2017 launch of Xfinity Mobile, which combines the nation’s largest and most reliable 4G LTE network with the largest Wi-Fi network. It’s available to all Xfinity Internet customers, and includes up to five lines with unlimited nationwide talk and text, no line access fees, and 100 MB of shared data. In September, the company announced it is trialing Instant TV, a new service that lets customers purchase tailored video bundles for in-home or on-the-go streaming without the need for a set top box.