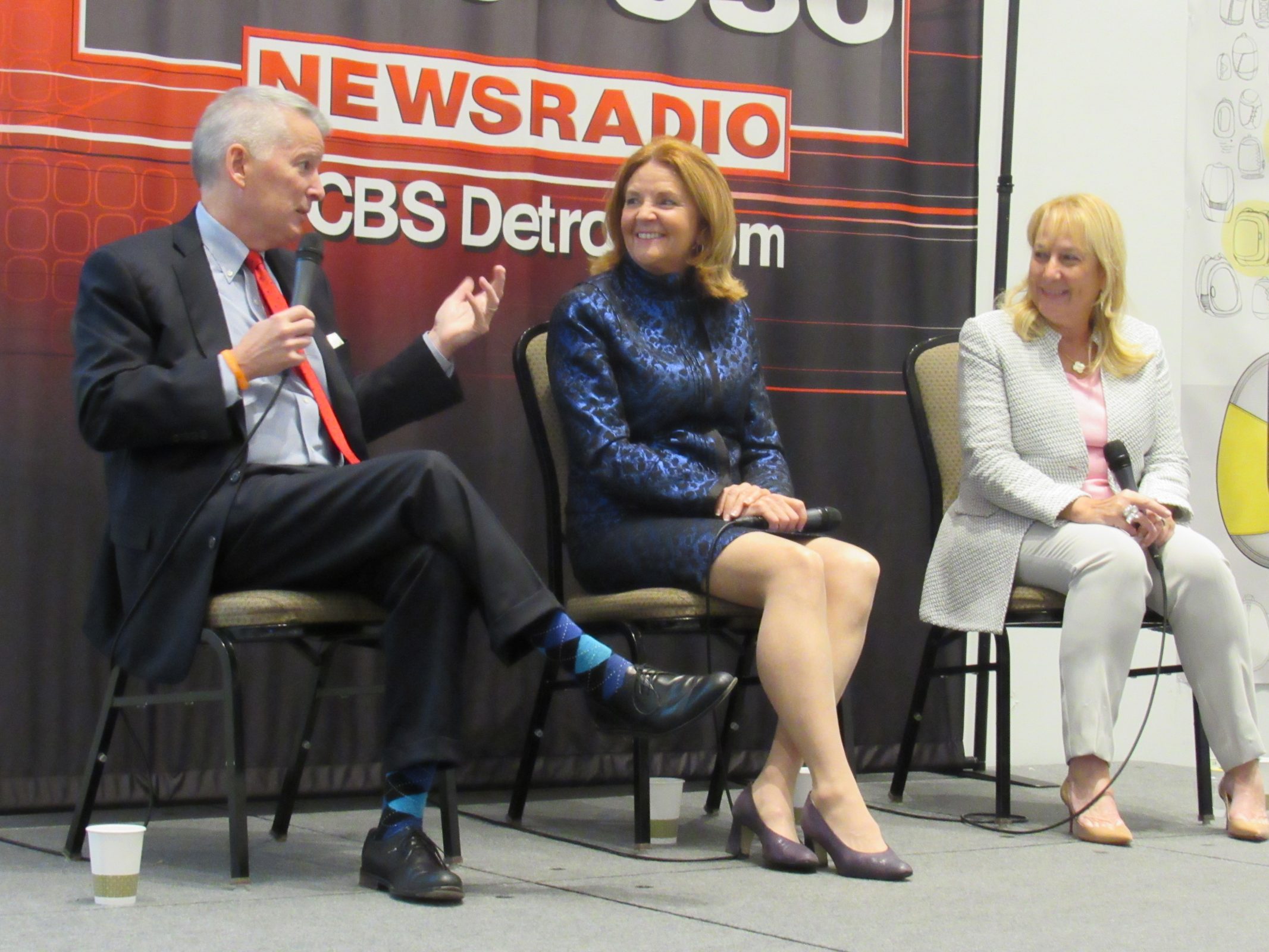 SOUTHFIELD – Two leading women in business and a man who champions them had plenty of advice for a predominantly female audience at the “Women in Leadership” program at Lawrence Technological University Thursday, part of the Leaders & Innovators program series presented by LTU with WWJ Newsradio 950 and PNC Bank.

“What moves you in your career is confidence,” Ilitch said. “People want to be around people who are confident.”

She also emphasized the courage to take risks in business, and urged the audience to keep business failure in perspective. “What the worst that can happen?” she asked. “People will say, ‘Well, that failed.’ It’s not like somebody’s going to die.”

All three panelists urged the audience to step outside their comfort zones to get ahead. “Everything that has come my way I’ve never been really ready for,” Devore said. “The big three, getting married, buying a house, having children, nobody is ever really ready for those.”

Doyle said her father gave her a saying, “Never eliminate yourself. Quiet the voice within you that says, ‘Well, maybe not.’”

Devore said it’s simply good business for him to be as inclusive as possible at his bank, where 62 percent of the employees are women.

And despite all the progress women have made in gender equality, much work remains to be done – even before the recent headlines out of Hollywood. Doyle noted that the World Economic Forum’s 2016 Global Gender Gap Index showed that the United States had fallen to 45th among the world’s nations in terms of gender equality on a wide variety of components, from pay gap to representation in political and business leadership. (Iceland, Finland and Norway are the top three.) In terms of political representation the number is even more dismal – the U.S. is now 78th among 144 ranked nations.

Doyle said she believes at least a third of the leadership of institutions must be female “before you can even change the conversation, much less change the decisions.”

The next installment in the Leaders & Innovators series is even more timely. The Thursday, Nov. 16 event will tackle “Workplace Harassment.” The event begins with networking and continental breakfast at 7:30 a.m., with the program running from 8 to 9 a.m. To register for this free event, visit this link. 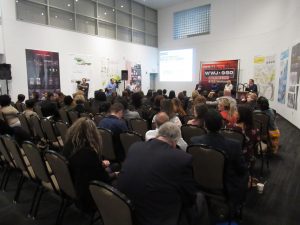