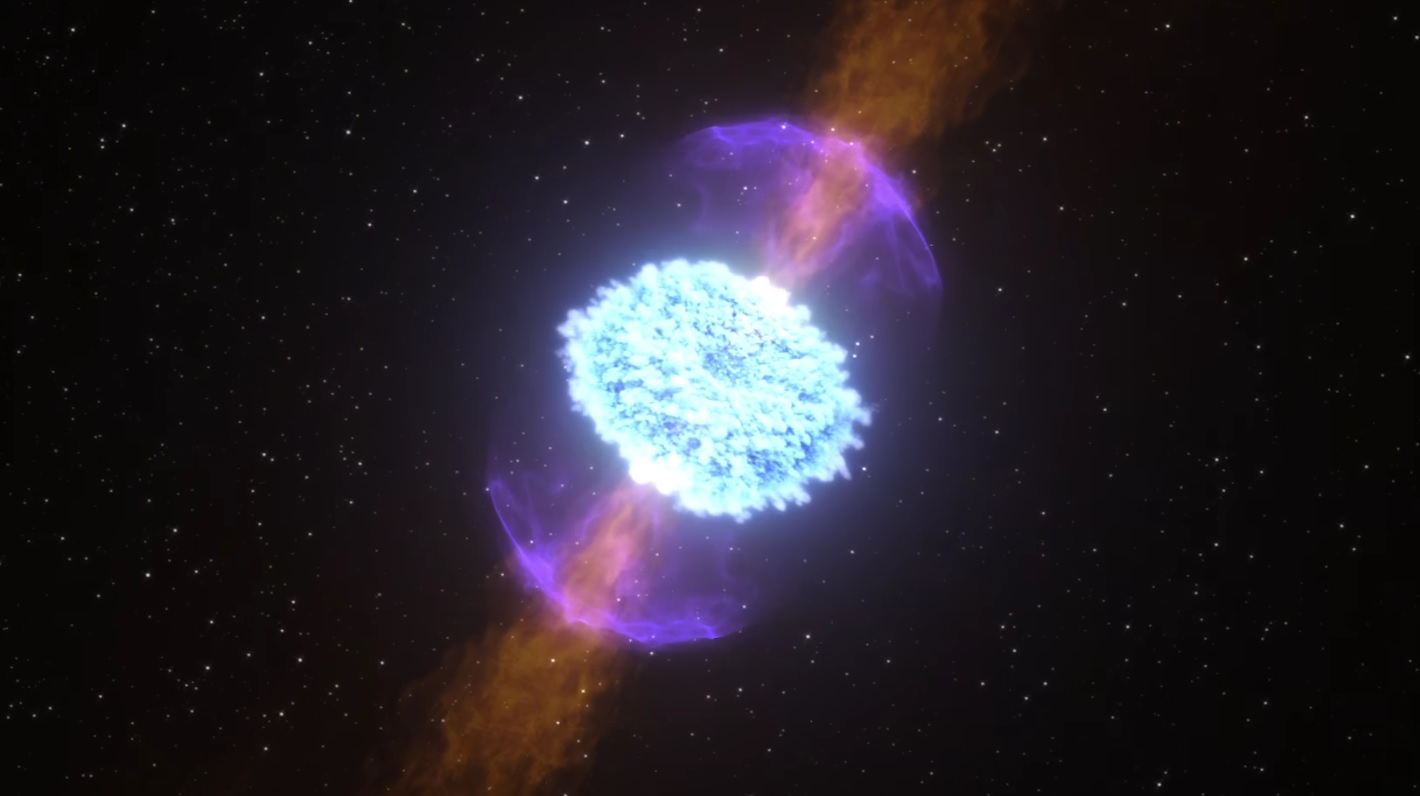 HOUGHTON — Albert Einstein proposed his general theory of relativity in 1916, predicting the existence of gravitational waves, which are often called “ripples” in the space-time continuum.

Gravitational waves are created by cataclysmic events in space including supernovas and collisions of black holes. The origins of gravitational waves tell us about the events that caused them, and can even help us understand more about the origin of the universe itself.

On Aug. 17, LIGO (laser interferometer gravitational-wave observatory) and Virgo detectors — interferometers named after a cluster of galaxies in the constellation of that name — observed gravitational waves emitted from two neutron stars colliding. It was the first time gravitational waves had been detected from neutron stars. The collision occurred 130 million light years away, which, in terms of the size of the universe, is just around the block. (See https://www.jpl.nasa.gov/news/news.php?feature=6975.)

Neutron stars are created when giant stars go supernova and their cores collapse, causing protons and electrons to melt into each other to create neutrons. Neutron stars are minuscule in physical size — a mere six miles or so wide — but they can have a mass twice that of our sun. In terms of galactic events, the collision of neutron stars is one heck of a power and light show. The incredibly violent merger produces gamma rays and neutrinos, which are detectible millions of light years away on Earth, if enough of them are directed at us.

Scientists believe that when neutron stars collide, the process creates heavier elements like gold and uranium. The study of such events helps scientists understand how matter behaves at phenomenally high densities.

Soon after the observation, organizations around the world joined the search for associated emissions, such as gamma rays and neutrinos.

An International Consortium of Collaborations

Three Michigan Tech researchers contributed to the vast international consortium of scientists working cooperatively to search for additional evidence of the neutron star collision. The HAWC collaboration, of which Petra Huentemeyer, associate professor of physics, is a member, performed a search for high-energy gamma rays associated with the event. The Pierre Auger Collaboration, of which David Nitz and Brian Fick, professors of physics, are members, performed a search for high-energy neutrinos. The results of these searches, as well as many others, are documented an article published Oct. 16 in Astrophysical Journal Letters, titled “Multi-Messenger Observations of a Binary Neutron Star Merger.” http://iopscience.iop.org/article/10.3847/2041-8213/aa91c9 The large set of observations — as well as non-observations — has enabled a much better understanding of the event.

In a companion article under review, the ANTARES, IceCube, Pierre Auger, LIGO Scientific, and Virgo Collaborations describes the search for neutrinos emitted by the binary neutron star merger observed by LIGO/Virgo.

Neutrinos, so-called ghost particles, are subatomic particles produced when other subatomic particles decay. They have very tiny mass and are not electrically charged. While no associated neutrinos were observed, the lack of detection is also useful for refining astrophysical modeling. Nitz has already made sensitivity improvements to Auger neutrino trigger, which could increase the chance for future neutrino detection.

“From the beginning, I’ve envisioned that the Auger Observatory would be a quite good neutrino detector,” Nitz said. “That is one reason I designed a trigger that would be efficient for detecting neutrino showers. It’s therefore really exciting to have our experiment involved in the search for neutrinos associated with the binary neutron star merger observed by LIGO/Virgo.”

The publications are a testament to the power of collaborative science. The observatories contributing are spread across four continents: ANTARES is located off the coast of France, IceCube is in Antarctica, Pierre Auger is in Argentina, HAWC is in Mexico, Virgo is in Italy, and LIGO is in Washington state and in Louisiana.