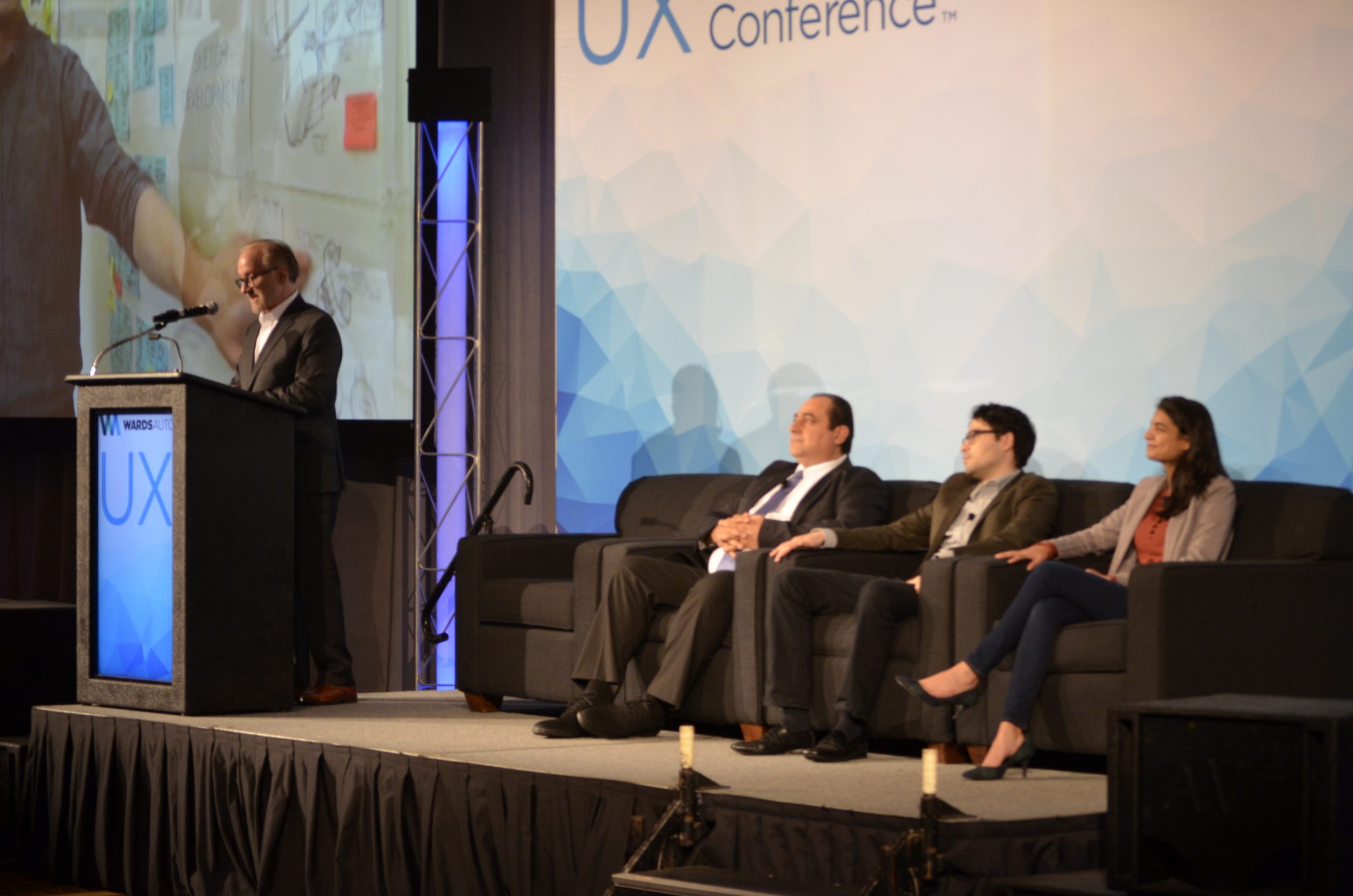 NOVI — Based on this conference session, you could be forgiven for wondering whether the whole future of automotive user experience is at Lawrence Technological University.

The automotive industry news magazine and website WardsAuto held a User Experience Conference Oct. 5 at the Suburban Collection Showplace in Novi, and the afternoon keynote panel, “The Future of UX Design,” consisted of an LTU professor, an LTU alumnus and an LTU student.

Keith Nagara, director of the transportation and industrial design programs at LTU, traced the history of automotive manufacturing, currency, and people’s preferred lifestyles, and said the future of the automotive user experience will parallel them.

In manufacturing, transportation went from “coachbuilders” painstakingly constructing one-of-a-kind carriages, to mass-produced assembly lines using interchangeable parts that the typical person could afford, to automotive dealers adding other services, to today’s Zipcar, Uber and Lyft services, allowing people to use a car for a few hours or even just a few minutes.

In currency, Nagara traced the evolution from barter to precious-metal coins to paper currency to credit cards to digital currency. In terms of population, today, for the first time in human history, more than half the population lives in urbanized areas, a trend that’s only accelerating, he said. All these things will drive the future automotive market.

Panelist Emilio Feliciano, BSTD’10, user experience designer at FCA US LLC, spoke of his work as an adjunct professor at LTU, where he has a class of automotive design students who have been charged with “designing an experience that enhances a group’s or individual’s quality of life.” The charge was left a bit vague intentionally, Feliciano said, to give the students maximum flexibility. The students are bringing social-media and immersive-reality technology experiences to the automotive world, he said, as well as applications that deal with caregiving in an aging population. Feliciano’s work at FCA has included designing the 2017 Chrysler Portal vehicle concept.

Wrapping up the panel was Anushka Ghatia, a senior industrial design student at LTU. Now an intern at Honda, she described designing a new model for education – an app that allows people to pick individual instructors in specific skills they’d like to learn, from playing a musical instrument to dancing. She said she was inspired by the “shared economy,” in which the world’s largest media company, Facebook, produces none of its own content, the world’s largest lodging service, Airbnb, owns no real estate, and the world’s largest taxi company, Uber, owns no vehicles.

Panelists predicted the future of the auto industry will include more of those shared economy concepts – and more “wow factor” technology, such as the large touch screens increasingly common as part of, or even in lieu of, traditional instrument panels. And Feliciano and Nagara both mentioned the desire of millennials to create a better world. “Sharing is becoming more important,” Feliciano said.