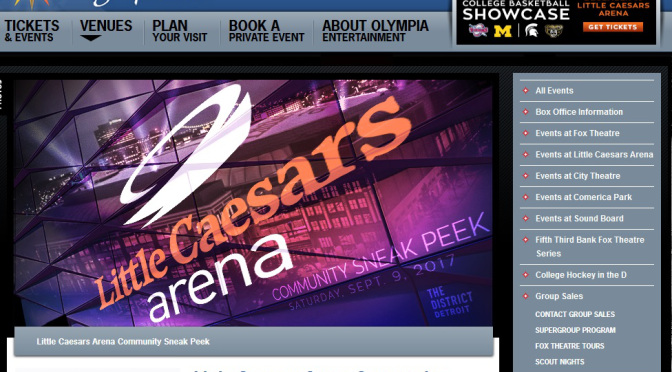 DETROIT — Olympia Entertainment Inc. and Comcast Corp. Tuesday announced a 10-year technology partnership that will deliver multi-terabit network capabilities to Little Caesars Arena and the rest of The District Detroit.

The companies said the all-fiber network will deliver “multi-gigabit speeds” throughout the arena, and to every business and residential unit in The District Detroit. More than 1,000 WiFi access points will be installed throughout the arena and surrounding buildings and event spaces.

“We have coupled on our organization’s decades of experience in developing, owning and operating fan-focused venues with the technological expertise of the Comcast team to provide a cutting-edge experience for everyone attending events at Little Caesars Arena, as well as those living and working in The District Detroit,” said John King, vice president of IT & innovation for Olympia Entertainment. “We realize being connected and sharing great memories with family and friends is a vital part of enjoying today’s experiences.”

Businesses located in The District Detroit will be able to manage their own private, scalable network for heavy-bandwidth cloud systems and web conferencing, while offering a separate WiFi experience for patrons. Also, residences in The District Detroit will have access to multi-gigabit speeds and Comcast’s Xfinity X1 platform. Other available services include Xfinity Voice, Xfinity Home and Xfinity Mobile, the company’s recently launched wireless service.

Comcast officials said the company’s network investment in The District Detroit is more than $11 million, which will provide video, voice and high-speed fixed and WiFi internet throughout the 50-square-block project. The company’s advanced network will feature dual 100-gigabit-per-second circuits to Little Caesars Arena and will have plenty of extra capacity to support future applications and technologies and greater data consumption.

“The District Detroit has become the new platinum standard for internet innovation and developers will look here to model the technology infrastructure of future arenas and mixed use communities,” said Tim Collins, senior vice president of Comcast’s Heartland Region, which includes Michigan.

To learn more about Olympia Entertainment, visit www.OlympiaEntertainment.com. More about Comcast at www.comcast.com.