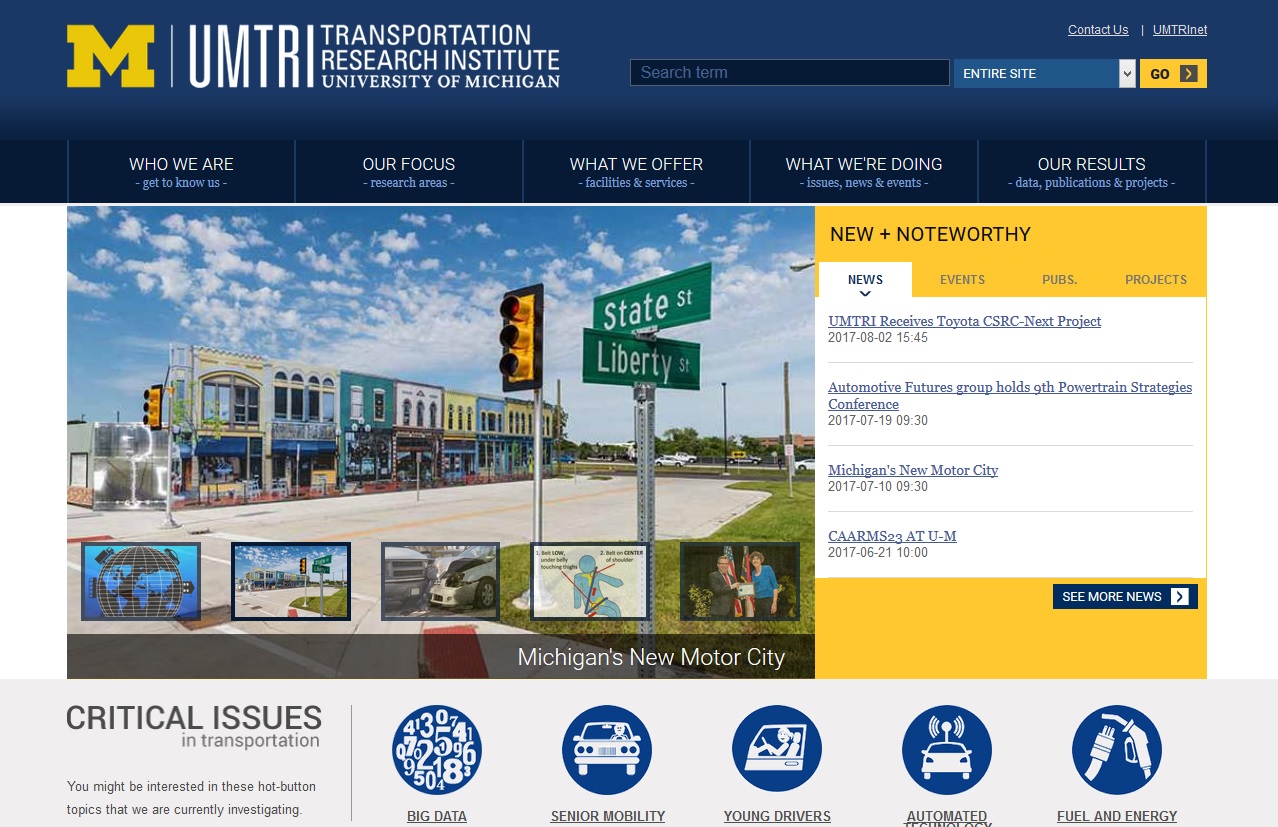 ANN ARBOR — In areas where Uber, Lyft and other on-demand ride services operate, consumers may buy fewer cars and even take fewer trips, according to a new study.

The findings are among the first to quantify how the uptick in transportation networking companies might be affecting consumer behavior.

Researchers at the University of Michigan Transportation Research Institute, Texas A&M Transportation Institute, and Columbia University surveyed more than 1,200 people in Austin, Texas, to examine how their habits changed after Uber and Lyft pulled drivers out of the city due to a local law change.

In May 2016, Austin voters blocked a ballot measure that would have allowed the companies to keep using their own background-check systems.

“On-demand, ride-sourcing services have grown tremendously in the last decade and they promise a host of potential public benefits — reduced energy consumption and greenhouse gas emissions, easing of road congestion, as well as affordability, and accessibility,” said Robert Hampshire, a professor at UMTRI and lead author of the new study. “However, we’ve yet to see empirical evidence of these benefits in the research literature. The suspension of services in Austin provided for a natural experiment to measure its impact on travel behavior.”

The researchers looked for changes in the choice of transportation mode, trip frequency and vehicle ownership. They focused their questions on the last trip respondents had taken with Uber or Lyft before service stopped, and how they had been taking that type of trip now that they could no longer rely on those companies. They also asked the extent to which participants were inconvenienced by the service suspension.

The study found that 41 percent of those surveyed turned to their own vehicle to fill the void left by Uber and Lyft. Nine percent actually bought an additional car for this purpose.

Rounding out the respondents, 3 percent switched to public transit and 42 percent switched to another, smaller transportation networking company. After the vote, informal community efforts sprung up and 12 app-based ride services entered the market. Many were short-lived, but some are still in business.

Statistical analysis revealed that the people who transitioned to a personal vehicle were 23 times more likely to report making more trips than those who switched to a different ride-sourcing company. Overall trips decreased after Uber and Lyft service was suspended. The average monthly frequency of the reference trips decreased from 5.65 to 2.01 — a 68 percent drop.

The researchers found a correlation between the level of inconvenience reported and the likelihood that a survey participant would buy a car. Inconvenienced residents were more than five times more likely to buy a car.

In an unexpected finding, wealthier respondents were less likely to purchase a vehicle than those whose household income is below $100,000 a year. The researchers speculate that this is because those in a higher income bracket likely already had a vehicle at their disposal.

“Our findings show that these ride-sourcing companies do change behaviors,” Hampshire said. “While this study isn’t generalizable to the entire city of Austin, or to other cities, it provides crucial insights that are relevant to policymakers.

“A 30-percent increase in the probability of switching to personal vehicles relative to any of the existing transportation networking companies for an individual who is inconvenienced by the service suspension provides strong support for policies that help reduce the likelihood of occurrence of such a suspension. The case for this need is made stronger when one considers that this transition may be associated with a 23-percent increase in trip making.”

The study is titled “Measuring the Impact of an Unanticipated Suspension of Ride-Sourcing in Austin, Texas.” It’s available on the Social Science Research Network. The research was funded by the National Science Foundation.

On May 29, 2017, Uber and Lyft relaunched their services in Austin. This was in response to Texas House Bill 100 which overrides local ordinances and creates a statewide regulatory framework for transportation network companies. The research team is continuing the research study to measure the impact of the re-entry of Uber and Lyft to Austin.