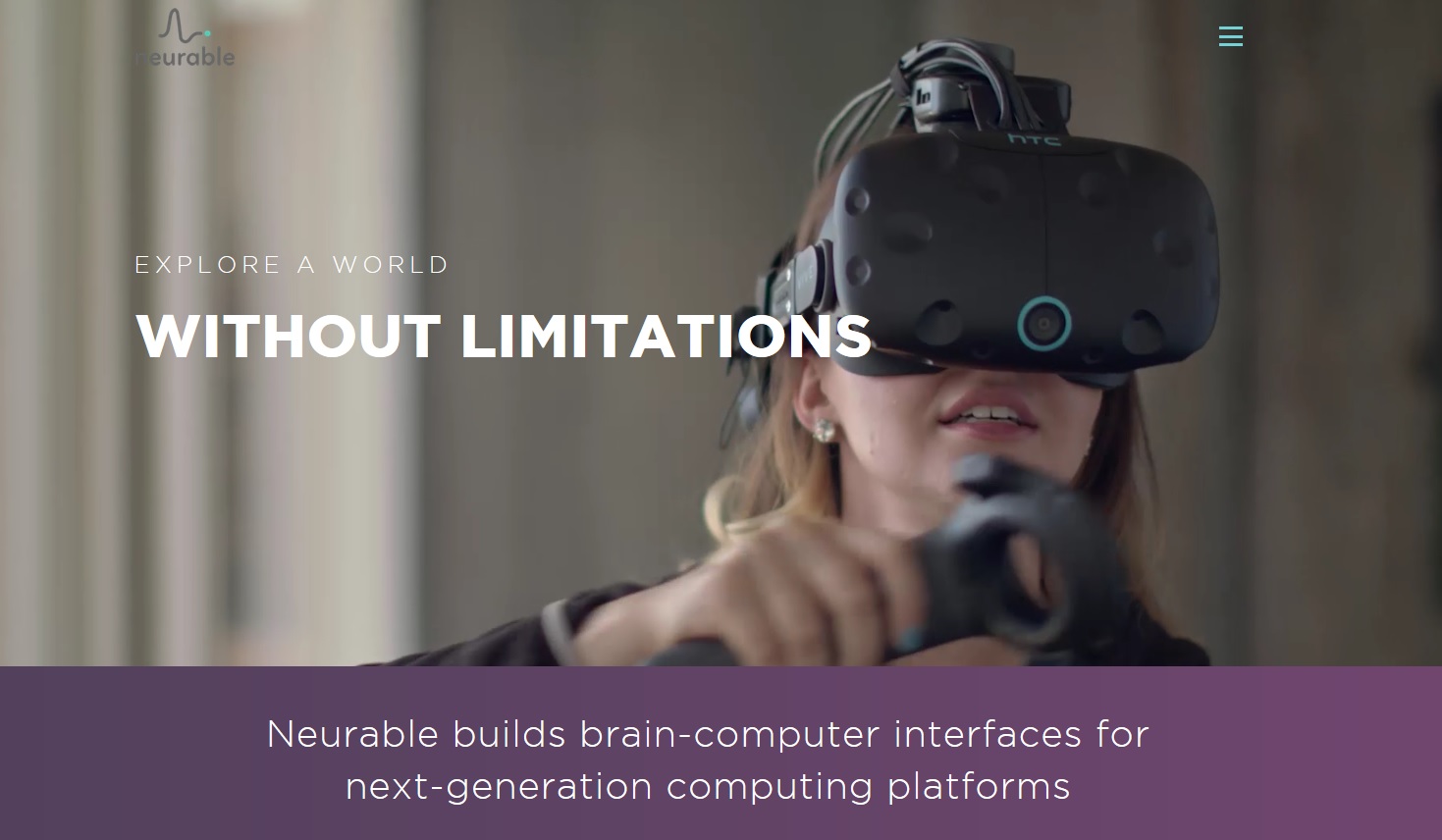 The company is based on research by 2016 UM neuroscience PhD graduate Ramses Alcaide. Another UM alum, 2017 MBA graduate Michael Thompson, is a co-founder.

The investment builds on a $2 million seed round Neurable announced in December 2016 and will support the company’s growth. On Sunday, the company unveiled its brain-computer interface product for virtual reality and is currently offering demos at SIGGRAPH, the world’s largest, most influential annual conference and exhibition in computer graphics and interactive techniques.

“Neurable represents an amazing example of cross-university collaboration, where business and science came together perfectly to form a very promising venture,” said Stewart Thornhill, executive director of the Zell Lurie Institute and manager of the Founders Fund. “It is a great addition to the portfolio, which continues to highlight the depth and breadth of entrepreneurial activity across the university that we work to inspire and enable every day at the Institute.”

Neurable, whose brain-computer interface allows people to control software and devices using only their brain activity, has taken advantage of a number of Zell Lurie Institute programs to get to where it is today. It was part of the fall 2015 class of TechArb, the university’s student venture accelerator and joint initiative of The Center for Entrepreneurship and the Zell Lurie Institute. The company then participated in the 2016 Michigan Business Challenge business plan competition, where it was a finalist, and went on to win more than $300,000 at the prestigious Rice Business Plan Competition.

Said Thompson: “As we transition the company from student research project into a growth-oriented business venture, it’s wonderful to have the continued support of the Institute through the Founders Fund investment and the guidance of both Stewart and the student team.”

Though Neurable was deeply involved with the Institute, that did not stop the student team — Ryan Finn (MBA ’17), Ashka Davé (MPH/MBA ’17), Christine Priori, (MBA/MMP ’17) and Florence Noel (MBA ’17) — from conducting due diligence on the company before committing to the investment. After an initial pitch from Neurable, the students managed a series of follow-up questions to vet the market, technology and team; financial analysis to understand the potential value; and in-depth negotiation to ensure the deal terms were suitable to both parties.

“Going through the process of investing in Neurable was an excellent way to apply many of the business skills I learned while at Ross and working on some of the other student-led venture funds, such as reading between the lines of communication and effectively negotiating complex terms,” said Finn, who led the team of student investors on this deal. “The Neurable team was impressive through it all and was committed to ensuring the Founders Fund was the right fit for supporting the company through this pivotal phase of its growth.”

The Zell Founders Fund is a $10 million seed fund led by the students who represent the top talent from the Zell Lurie Institute’s other established student-led funds. The fund has a mission to help advance the extraordinary University of Michigan students and recent alumni whose ventures need funding to move from idea to profitability. The fund’s portfolio now represents companies with ties to schools of design, medicine and, of course, business, with investments in Sneakers by Jordana and several soon-to-be-unveiled companies, in addition to Neurable. The Fund was made possible by a 2015 gift from American businessman Sam Zell.