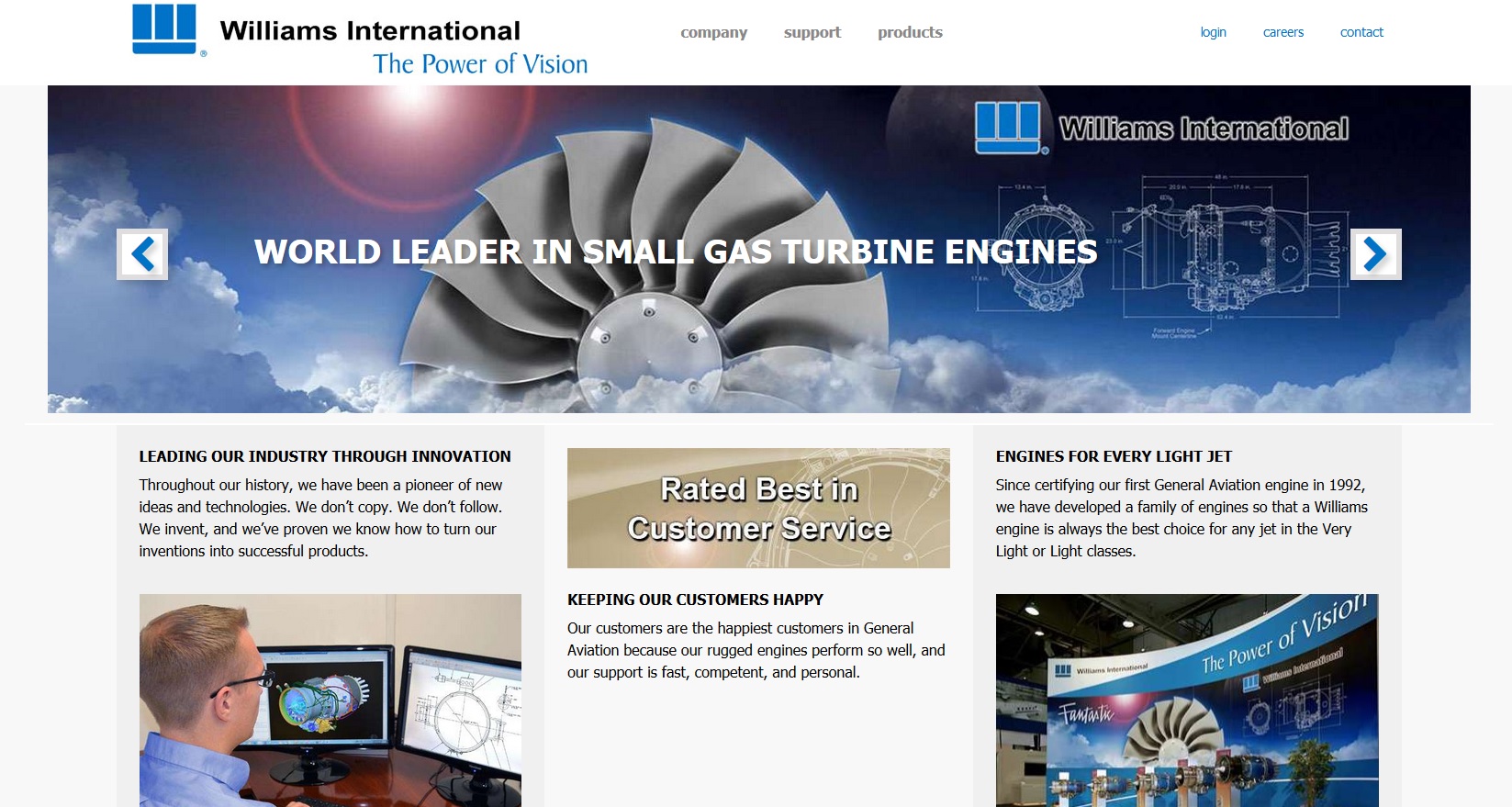 LANSING — Grants to two companies with plans to create a total of 784 full-time jobs and invest $357 million in Oakland County have been approved by the Michigan Strategic Fund board.

Williams International Co. will invest $344.5 million for the purchase and development of four parcels of land in Pontiac, where the developer of small engines for the aerospace industry will expand their overall capacity by hiring 400 people and potentially transferring another 500 employees into Pontiac.

The MSF board approved a $4-million Michigan Business Development Program performance-based grant to Williams International, which is headquartered in Commerce Township, where research and development, along with repair and overhaul, is conducted. Michigan was selected over competing sites in Alabama, North Carolina and Utah.

Michigan is currently ranked the second-highest state in the country for aerospace manufacturing attractiveness, according to a PricewaterhouseCoopers survey. The state’s aerospace and defense companies have nearly $1 billion in annual sales. In addition, the state is ranked third in the nation for its pool of talent among occupations in primary demand by aerospace.

Formerly the home of Michigan Motion Pictures Studio at what was once a GM truck plant, the Pontiac site will also be a new location of Williams International’s expanding manufacturing operations.

The city of Pontiac is offering property tax abatement in support of the project. MSF board also approved a 15-year Renaissance Zone for the project.

For information on careers with Williams International, visit https://re11.ultipro.com/WIL1006/JobBoard/ListJobs.aspx?__vt=ExtCan.

Autoliv ASP Inc., a Swedish-American auto-safety manufacturer with headquarters in Stockholm and Auburn Hills, will invest $22.6 million and create 384 jobs over five years in Southfield. The MSF board approved a $2.6-million Michigan Business Program performance-based grant to attract Autoliv’s investment into the state.

Michigan was chosen by Autoliv over competing sites in Ohio and Utah.  The city of Southfield has offered property tax abatement in support of the project.

The maker of airbags, seatbelts, radar and camera vision systems plans to lease a newly constructed 180,000-square-foot state-of-the-art facility in Southfield to consolidate their Michigan operations, which currently exists in four facilities.

For information on careers with Autoliv visit https://www.autoliv.com/Careers/Pages/default.aspx.

The MSF board also approved a Business Incubator Program award of $199,625 over two years to Oakland University Incubator. Funding will be used for the salary of a gatekeeper, who will be responsible for client recruitment and connecting companies with various entrepreneurial services.