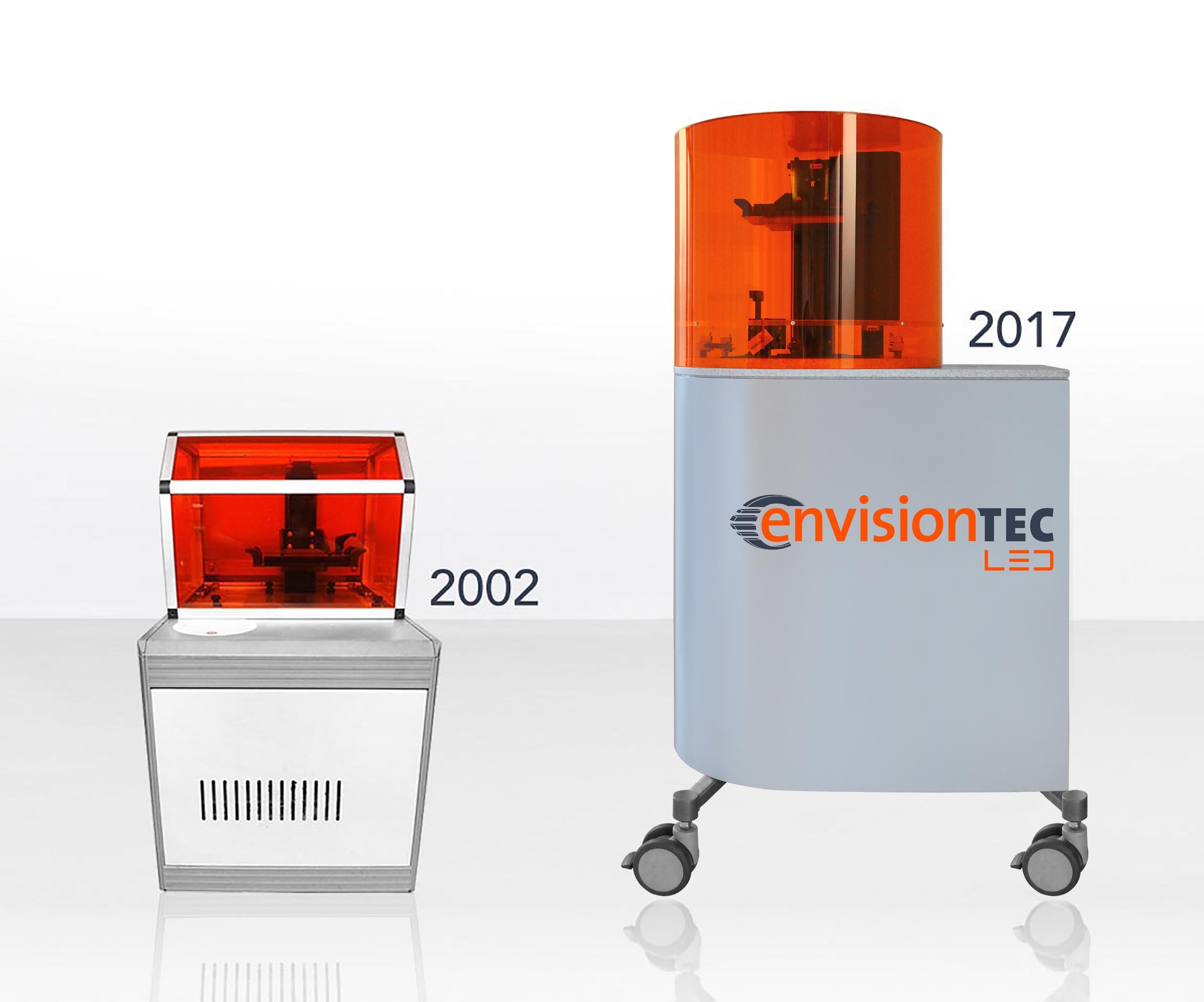 In development for more than a year, the new LED system is more powerful and efficient than other light projector systems on the market. The company says it offers a variety of benefits, such as lower operating costs and crisper black-white contrast between pixels, which means even better final part detail.

EnvisionTec’s P4 LED Standard XL will be unveiled at RAPID + TCT, a 3D printer and additive manufacturing trade show this week in Pittsburgh, Pa. The company also will be celebrating its 15th anniversary and showcasing other machine and material innovations in booth 1813.

“This new LED system is an example of how we listen to our customers and have worked with them for 15 years to develop better 3D printing solutions,” said CEO Al Siblani. “This change will offer our production 3D printer users much lower operating costs. As an added benefit, the exceptional detail that our machines already produce will get even better because of the improved range of brightness from the LEDs.”

With the new custom LED system, the P4 line now comes standard with the most powerful and cost-efficient light source, too. The average cost per hour of the P4’s outgoing ultra-high-performance lamp, which uses high-pressure mercury gas to emit light, was $2.90, with an estimated life of 500 hours. By contrast, the new LED system will cost an average of 50 cents per hour, lasting an estimated 10,000 hours.

In stereolithography, an ultraviolet laser beam draws out a cross section of a part in a vat of photopolymer resin, building it one layer at a time, until a final part is produced. One of its drawbacks is that drawing out parts in this manner is time consuming. In early printers, the surface finish of parts also showed striations or stair-stepping between layers.

In 1996, a few years after earning his master’s degree in electrical and computer engineering from Wayne State University in Detroit, Siblani had a novel idea to use a high-definition theater-style projector system to expose one cross section of material at a time for rapid curing. What’s more, because projectors expose light in pixels, the brightness of each pixel could be controlled individually. That allowed for curing of each pixel to different depths or volumetric pixels, also known as voxels. The ability to control each voxel dramatically improved the accuracy and surface quality of 3D printed parts.

The original Perfactory was created by Siblani and Alexandr Shkolnik, EnvisionTEC’s chief technology officer. Their first working system was completed in 2000, with the launch of DLP, EnvisionTEC and the first Perfactory model in 2002.

Since then, EnvisionTEC has led the way in numerous 3D printing innovations. Today, the company sells more than 40 models of 3D printers across six technology platforms.