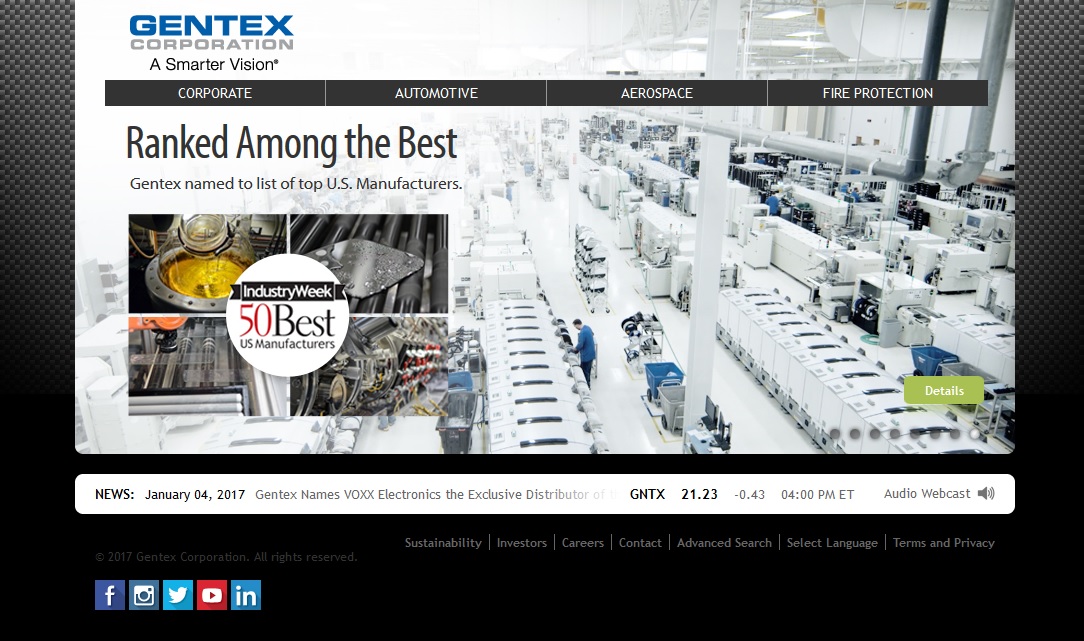 The company said $5.6 million of the increase in net income was due to a change in tax calculation methods ($3.8 million) and $1.8 million related to newly adopted accounting guidance which impacted the treatment of share-based compensation.

To listen to a replay of a conference call discussing these results, visit http://ir.gentex.com/events-and-presentations/upcoming-past-events.\