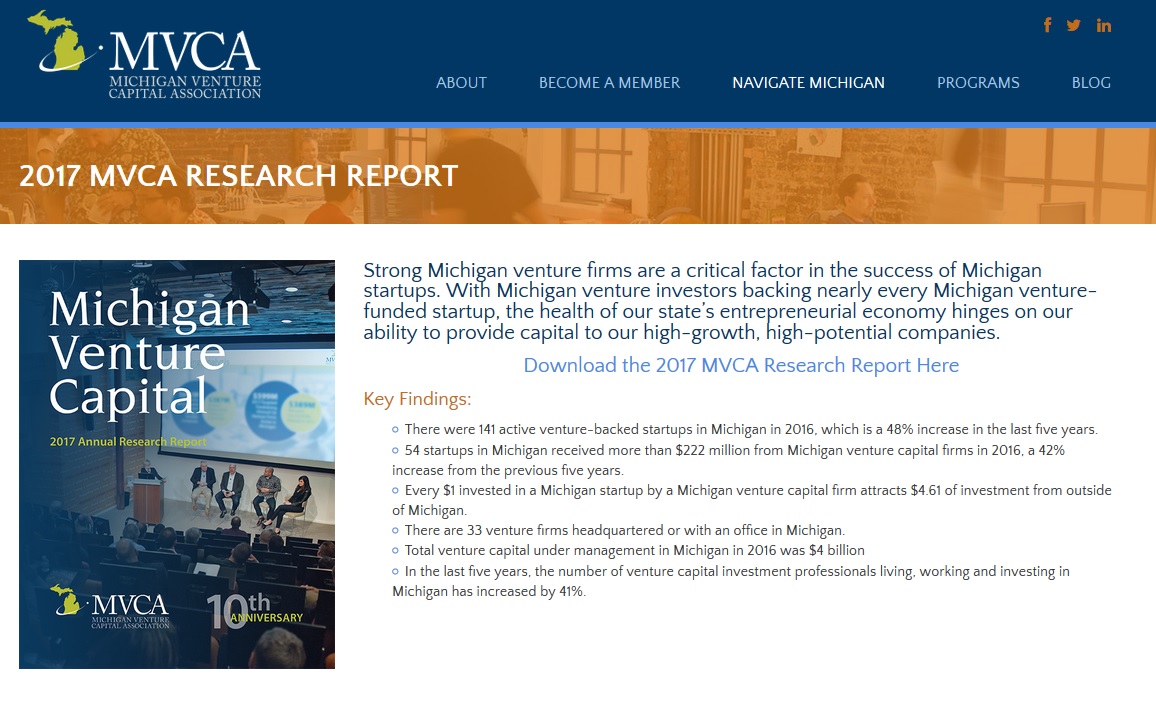 Let’s get the bad news out of the way first: The amount of venture capital under management in Michigan remains only a small fraction of the national total as of 2016, $2.4 billion of $333.5 billion nationally, or 0.7 percent.

The report found 25 venture capital firms headquartered in Michigan, unchanged from a year earlier and up from 20 in 2011. Another eight venture firms based elsewhere have a Michigan office.

Also, the report said that in the last five years, the number of venture capital investment professionals living, working and investing in Michigan has increased by 41 percent.

Tech remains the focus of VC investment, with 42 percent of capital invested by all venture firms in Michigan going to life science or healthcare firms, 31 percent to IT firms, 7 percent to media firms, and 5 percent each to mobility and unclassified firms. The rest was scattered among alternative energy, business services, and consumer products firms.

The report found that 10 of the existing venture firms in Michigan are currently raising funds, with the average target fund size just over $65 million.

And perhaps most importantly, the report found that every dollar invested in a Michigan startup by a Michigan-based venture capital firm attracts $4.61 in investment from outside of Michigan.

To view the full report, visit this link. http://michiganvca.org/wp-content/uploads/2017/04/2017-MVCA-Research-Report-spreads.pdf