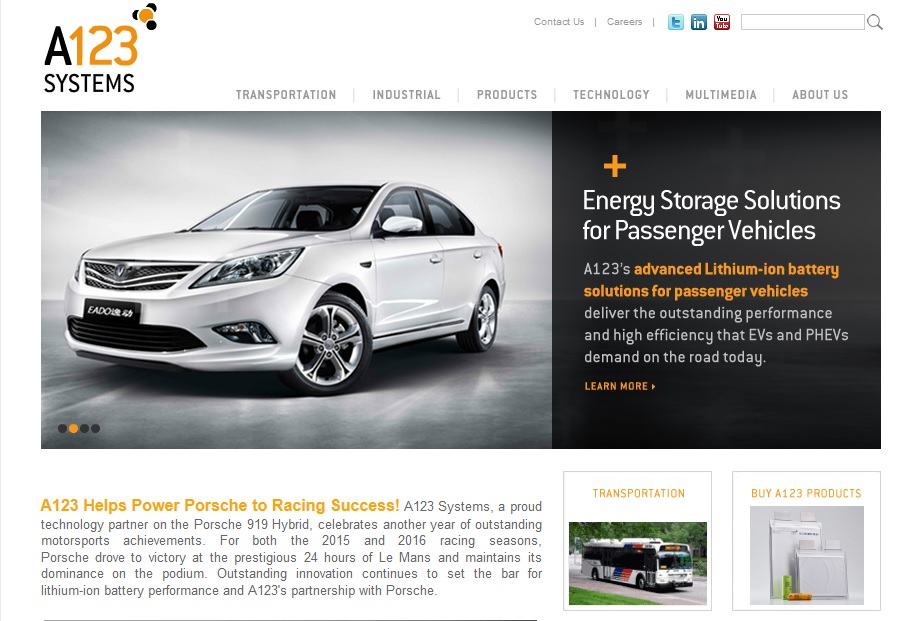 LIVONIA — A123 Systems LLC, a developer and manufacturer of  lithium-ion batteries and systems, announced plans to build a $40 million headquarters complex in Novi.

Located just off I-96 near the Fountain Walk complex, the 32-acre company-owned site will house all corporate functions, an engineering center, new laboratory space and a manufacturing plant.

The new 150,000-square-foot campus will replace A123’s leased space in Livonia and Romulus, and serve as the workplace for more than 400 employees when it is complete. The campus also allows for future expansion to support the further anticipated growth of the global business.

“We are making a commitment to a continued significant presence in Michigan, in proximity to the skilled and experienced talent here,” said Jason Forcier, A123 CEO. “This new complex meets future needs by becoming our epicenter of engineering. It will allow us to grow our engineering workforce and bring testing inside, that has previously been done outside the company. In addition to our corporate staff and our engineering group, we will maintain manufacturing capability for systems assembly to meet the demands of the U.S. marketplace as they continue to evolve.”

The company also announced it will consolidate its U.S. manufacturing operations into a smaller site on the new campus. This will impact approximately 200 manufacturing jobs at the company’s current locations in Livonia and Romulus.

Company officials said they expect growth in payroll of $10 million a year by the end of 2019. The primary driver of this net payroll growth will be the company’s expanding engineering staff and testing capabilities with the new Michigan site.

The expanded engineering center will lead the development of new low voltage products for the growing global markets.

The company expects to begin construction in the third quarter of 2017 and begin to move into the new Michigan complex by the end of 2018.

A123 is a wholly owned subsidiary of China’s Wanxiang Group, which purchased the company after its 2012 bankruptcy filing.