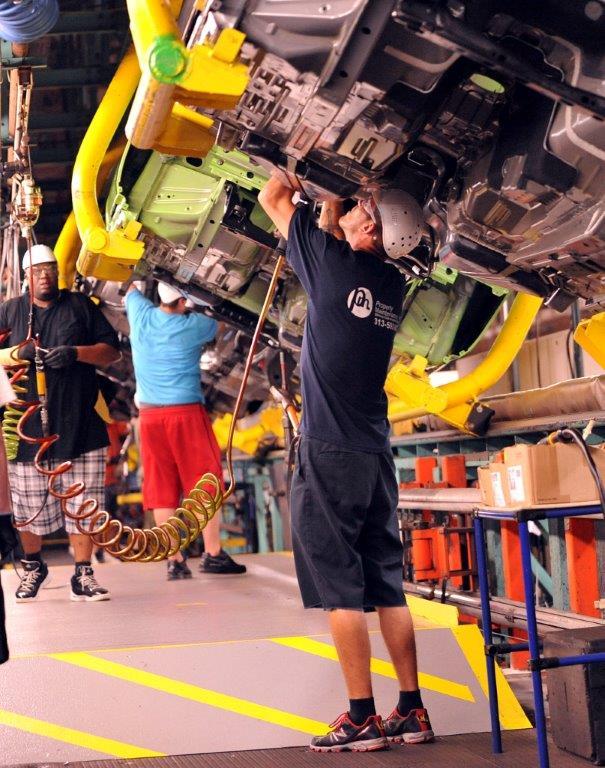 DEARBORN — Ford Motor Co. says it will invest $1.2 billion at three Michigan plants, among other things, financing the return of the Ford Ranger midsized pickup and the Bronco midsized SUV.

The largest part of the investment, $850 million, will take place at the home of assembly of those two models, the Michgian Assembly Plant in Wayne.

Ford will also invest $150 million at the Romeo Engine plant, expanding its capacity for engine components for several vehicles, including Ranger and Bronco, and adding 130 jobs.

Also, Ford said it would spend $200 million for an advanced data center in Michigan that supports Ford’s expansion to an auto and mobility company and an expected dramatic increase in data storage needs.

The investments are in addition to $700 million and 700 new jobs at Ford’s Flat Rock plant, announced in January, for high-tech electrified and autonomous vehicles.

Employees at Michigan Assembly Plant will begin building Ranger at the end of 2018 and Bronco in 2020.

The new data center will be located at Ford’s Flat Rock Assembly Plant, where the company is investing $700 million and adding 700 direct new jobs – announced in January – to create a factory capable of producing high-tech electrified and autonomous vehicles.

During the past five years, Ford has invested $12 billion in its U.S. plants and created a total of nearly 28,000 U.S. jobs. Ford builds more vehicles in the United States and employs more hourly U.S. workers than any other automaker.

The Romeo Engine Plant produces engines for Ford Super Duty, E-Series, Ford Shelby GT350 Mustang and Shelby GT350R Mustang, along with components for F-Series, Mustang, Explorer and Edge. This investment adds capacity and tooling for components for an additional engine when the plant begins its transformation in early 2018.