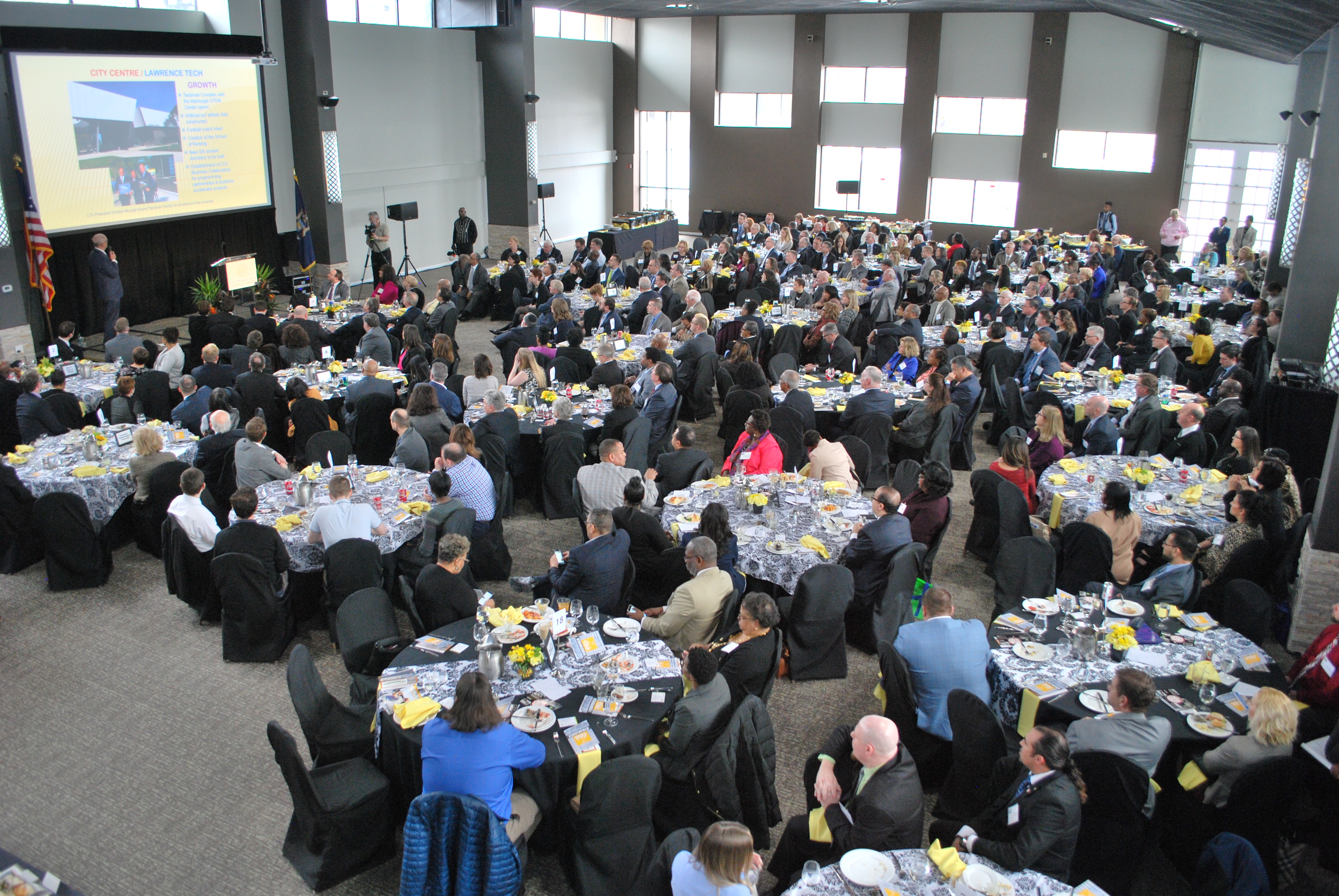 The venue was the spectacularly remodeled former Southfield Holiday Inn, the iconic circular hotel on Telegraph Road just south of I-696. It’s scheduled to reopen in April as a 192-room Best Western Premier after a $3.6 million remodeling by a New Zealand-based hospitality firm.

The Epicurean Restaurant Group, which formerly operated Detroit’s Coach Insignia restaurant atop the Renaissance Center, will handle food at the new Best Western, and provided the food for Monday’s event.

“LTU is a key partner in the growth of the City Centre,” Siver said. “It’s such a pleasure to work with Lawrence Tech. You guys are wonderful.”

Siver also praised the LTU Collaboratory, a business incubator on the LTU campus founded as a partnership between LTU, the city, and the Michigan Economic Development Corp. Some 15 startups have been assisted by the Collaboratory so far, including LivePicture, a video display technology company that exhibited in a trade show area before the mayors’ speeches.

Other plans for the City Centre include a boutique hotel and 155 more housing units, along with a 70-unit expansion of Arbor Lofts.

The “biggest undertaking we’ve ever attempted” in Southfield is, of course, the Northland Mall redevelopment – 120 acres and millions of square feet of building space. Siver said the city envisions a mixed-use development of housing at various price points along with retail, medical office, research and other businesses, anchored by the massive former Macy’s store, which will be gutted and refurbished.

For more on the city’s plans for Northland, visit www.imaginenorthland.com.

Lathrup Village’s Brock, meanwhile, said the future of his city depends in part on redevelopment proposals for Southfield Road, which is also being eyed as a more walkable, pedestrian-friendly space. Along I-696, Michigan First Credit Union also plans a $24 million, 178,000-square-foot addition.