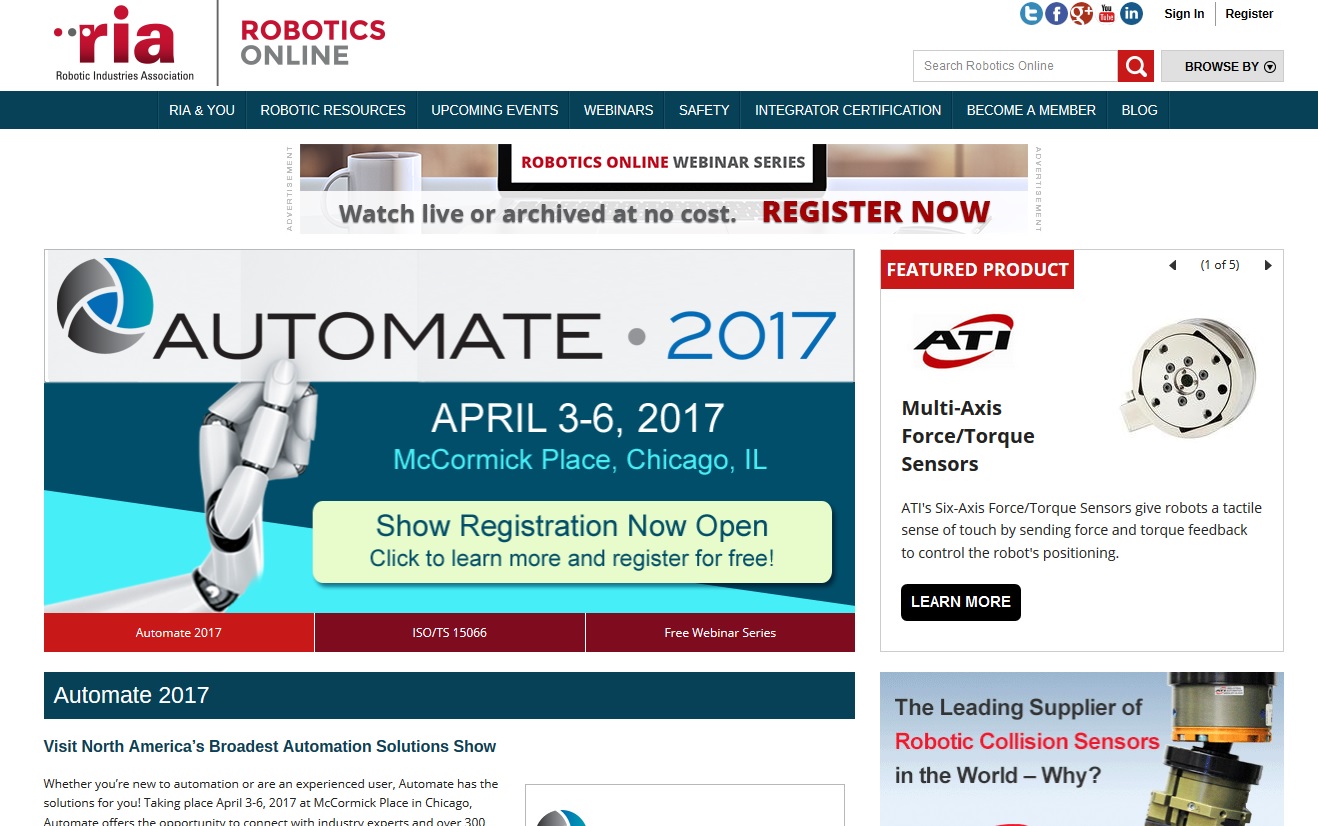 ANN ARBOR — The Ann Arbor-based Association for Advancing Automation announced a joint U.S.-China Robotics Forum, to be held April 4 at the Automate 2017 Show and Conference at Chicago’s McCormick Place.

According to the World Robotics Report 2016, published by the International Federation of Robotics, China has significantly expanded its leading position as the largest robotics market in the world, purchasing 27 percent of the total supply in 2015.

Speakers from the Robotic Industries Association will include Mike Jacobs, CEO of Applied Manufacturing Technologies and chair of the RIA board, and Scott Eckert, CEO of Rethink Robotics and RIA board member.

The event starts April 4 at 10:15 a.m. in the Future of Automation theatre on the Automate show floor.

Some 13 Chinese automation companies are participating in Automate 2017 this year — the first time that any Chinese robotics suppliers have participated in an automation trade show in the United States. More than 20,000 attendees are expected to attend Automate 2017, from all 50 states and more than 70 countries. Attendee registration is open at www.automateshow.com. Prospective exhibitors can find more information on exhibition opportunities at the event website.