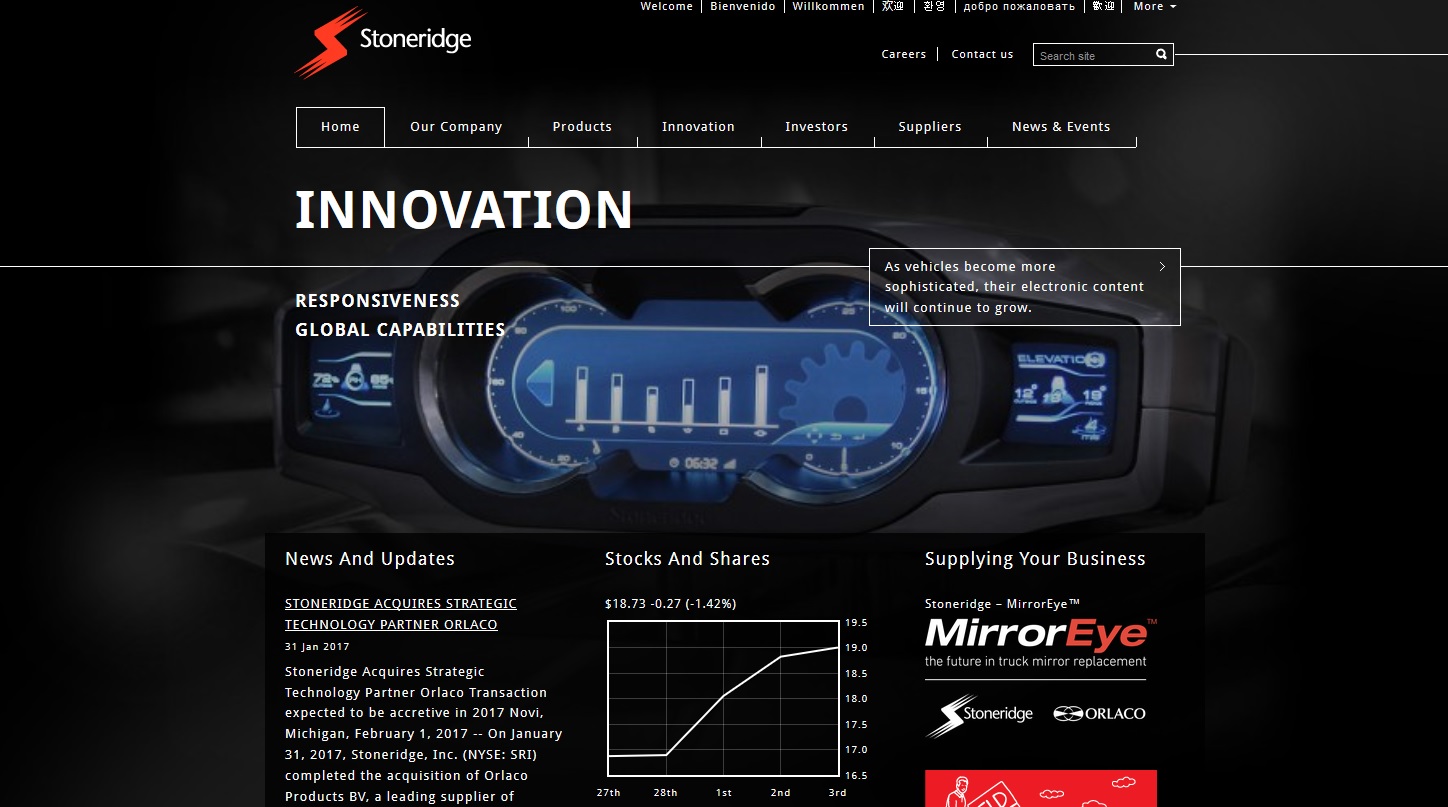 NOVI — Stoneridge Inc., the Novi-based manufacturer of electronics for the automotive and other transportation markets, reported net income of $48.4 million or $1.70 a share in the fourth quarter, up from $6.1 million or 22 cents a share in the same quarter of 2015.

For more information, including a replay of a conference call discussing the results, visit www.stoneridge.com.

Stoneridge was founded in 1965 in Warren, Ohio as a contract manufacturer for the auto industry. It went public in 1997 and moved its headquarters to Novi in 2016.