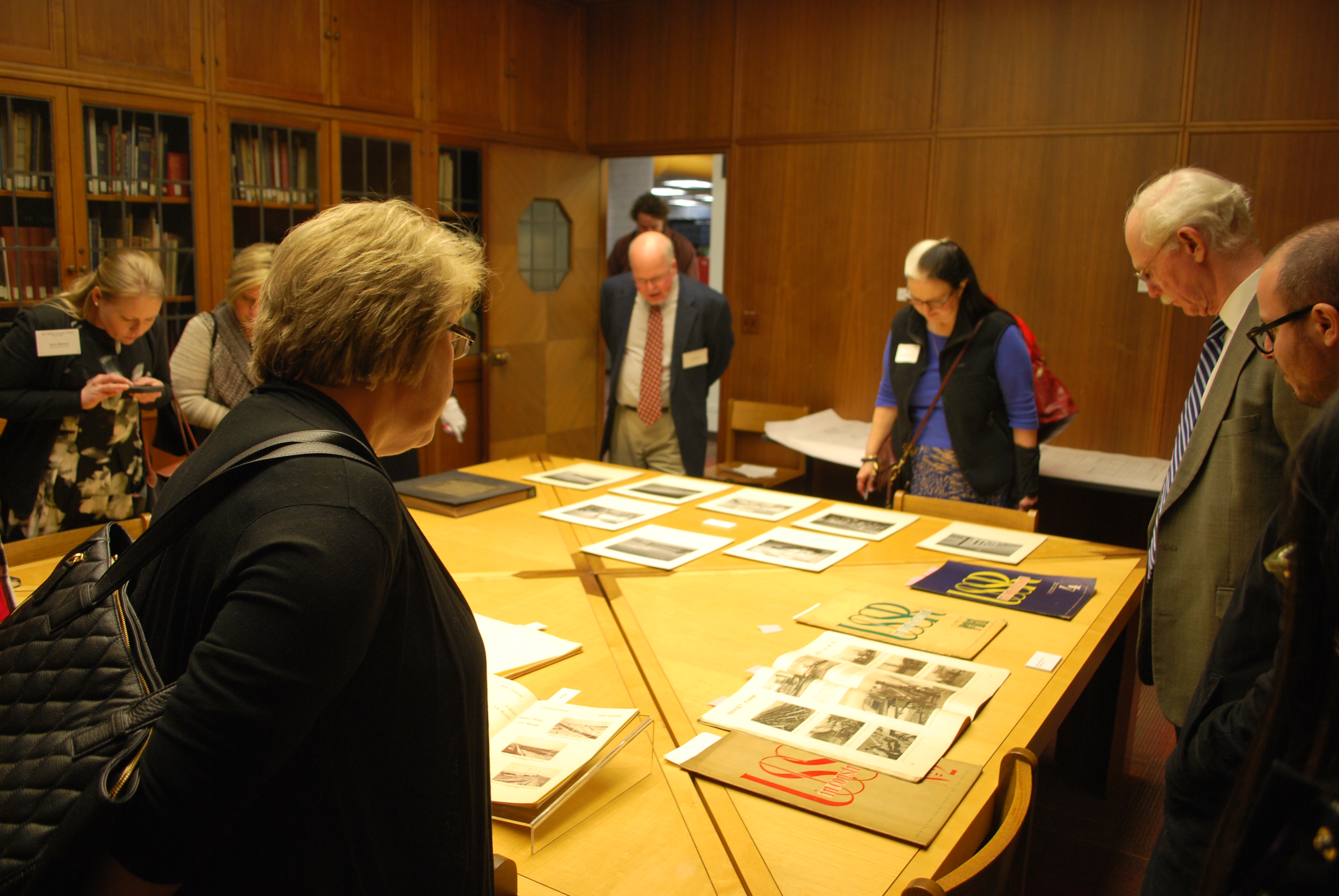 SOUTHFIELD, Mich. – The spaces we build to live and work in influence the basic nature of our lives and careers for as long as those buildings last.

Friday, about 70 academics, researchers, and the architecturally curious gathered at Lawrence Technological University to review the work and legacy of legendary Detroit architect Albert Kahn in a daylong research symposium.

Friday morning, Michael Abrahamson, s doctoral candidate at the University of Michigan’s Taubman College of Architecture and Urban Planning, discussed “decentralizing tendencies” at Kahn’s most massive structure, the 1.3-million-square-foot General Motors building, where GM was headquartered from 1922 to 2001.

Then, Francesco Marullo, Douglas A. Garofalo Visiting Professor of Architecture at the University of Illinois at Chicago, discussed Kahn’s work and its role in the evolution of the “social factory.”

Both academics argued that Kahn’s work reinforced the social structure of its day, which included a separation between labor and management, and between manual labor and office work. But they and other presenters also said Kahn’s buildings introduced advances to make workers’ lives better, like more natural light and improved ventilation – although the advances were sold to management as tools to improve productivity and fatter profits.

The farthest south building in the group, the Argonaut, was completed in 1928 and nearly doubled in size by GM in 1936. GM left in 1956, and Argonaut Realty moved in. Empty from 2000 to 2007, GM donated the building to the College for Creative Studies, which redeveloped it into a K-12 school and 260 dorm rooms. It’s also home to the headquarters of Shinola LLC and its watch and bicycle operations.

The Kahn building, now 85 to 90 percent vacant, is to be redeveloped into apartments on the third through 11th floors.

Later, Kahn Associates CEO Alan Cobb spoke on Albert Kahn’s influence on the modern architecture movement. He pointed out many later architects influenced by Kahn’s design, including Ludwig Mies van der Rohe and Walter Gropius, founder of the Bauhaus school of art and design in Germany. Cobb said Kahn worked toward a “universal space” that could be used for anything from industrial to residential to performance space.

Kahn’s landmarks include the Ford Motor Co. Highland Park plant and Rouge complex, 14 of the 19 major buildings on the University of Michigan’s central campus, the Willow Run bomber plant, the Edsel and Eleanor Ford House in Grosse Pointe Shores.

“The firm lives on,” Cobb said. “Albert Kahn left a legacy that will live forever.” Today the firm remains at work on huge industrial projects, including a 2-millions-square-foot Volvo plant in South Carolina, a 2.5-million-square-foot National Rail Car plant in Alabama, and a Ford Motor Co. test lab in Michigan. It also designed the new Lear Corp. headquarters in Southfield and redesigned Detroit’s Cobo Hall convention center and the Detroit’s Zoo’s new penguin habitat. And it was architect of record on the new Taubman Complex at Lawrence Tech.

Chris Meister, an independent architecture scholar and historian, presented on the status of one of Kahn’s early works, the Belle Isle aquarium and conservatory, and Robbert McKay, historic architect for the Michigan State Historic Preservation Office, spoke on the unique challenges of historic preservation at huge – and now repurposed – Kahn projects like Willow Run, Ford Highland Park, the Warren tank plant, and Detroit’s former Packard plant.

The event was sponsored by Albert Kahn Associates, the Albert Kahn Research Coalition, the Belle Isle Conservancy, the LTU College of Architecture and Design, and the LTU Library.

An exhibition of recently rediscovered blueprints of the Belle Isle buildings runs through March 10 from 9 a.m. to 9 p.m. at LTU’s Detroit Center for Design + Technology, 4219 Woodward Ave. in Detroit.

LTU officials say they plan more Kahn-focused events in the months ahead. The university is home to Albert Kahn’s personal library, which was removed from his former Detroit office piece by piece and painstakingly reconstructed in a wing of LTU’s library. It contains thousands of books and magazines on art, design, architecture, and engineering that were the great architect’s everyday sources of inspiration.